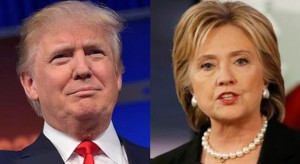 Staring at years 9 to 12 of the Obama administration.

If Hillary Clinton is elected president, she will seek to move the country in the same hard-left direction as Barack Obama. This article focuses on seven Clinton policy priorities that will have the most devastating impact on the American people.

In order to address “the worst refugee crisis since the end of World War II,” Mrs. Clinton has explicitly called for bringing some 65,000 refugees from Syria into the United States as quickly as possible. This represents a 550% increase over Barack Obama’s 2016 goal of 10,000 Syrian refugees, which Clinton describes as merely a “good start.”

Clinton is committed to this reckless policy even though ISIS has vowed to infiltrate the flow of Syrian refugees with its own bloodthirsty operatives; even though more than 30,000 illegal immigrants from “countries of terrorist concern” entered the United States through America’s Southwestern border with Mexico in 2015 alone; and even though high-ranking officials like FBI Director James Comey, Homeland Security Secretary Jeh Johnson, CIA Director John Brennan, and FBI Deputy Assistant Director Michael Steinbach have all made it clear that it is impossible to reliably screen out terrorists who could be posing as refugees.

Mrs. Clinton vows to “introduce comprehensive immigration reform with a pathway to full and equal citizenship” within her first 100 days in office, and pledges to “go even further” than the two unconstitutional executive orders (DACA and DAPA) by which President Obama has already protected millions of illegal aliens from deportation. It is all part of the Democrats’ long-term master plan to transform the American electorate into a permanent Democrat voting bloc by importing massive numbers of people who can be counted upon to support the political party that offers them the largest number of welfare-state benefits. Clinton also supports what she terms “a hemispheric common market, with open trade and open borders.” And she smears those people who wish to enforce immigration law as “obstructionists” whose “backward-looking” mindset is “fundamentally un-American.

Clinton unequivocally supports the “sanctuary” policies that bar police officers and other public-sector employees in some 340 U.S. cities from notifying the federal government about the presence of illegal aliens residing in their communities. Though sanctuary policies have turned hundreds of U.S. cities into very dangerous places, Clinton explains that without such arrangements, “people from the immigrant community … may not talk” to police who are trying to solve crimes there because “they think you’re also going to be enforcing the immigration laws.” As Xochitl Hinojosa, a Clinton presidential campaign director, puts it: “Hillary Clinton believes that sanctuary cities can help further public safety, and she has defended those policies going back years.”

Lamenting that “too many families in America have suffered — and continue to suffer — from gun violence,” Mrs. Clinton has stated that crime victims should be allowed to sue firearm manufacturers and retailers who lawfully produced or sold a gun that was used in a crime. Such a policy would inevitably cause the firearms industry to disappear, and thus would eliminate the Second Amendment virtually overnight.

In a similar spirit, Clinton has denounced the Supreme Court’s “terrible” ruling in District of Columbia v. Heller, which held that people have a right to possess a firearm for lawful purposes such as self-defense within the home.

When Clinton was asked at a New Hampshire town hall meeting whether she would support a gun-buyback measure similar to the one where Australia had “managed to … take away …  millions of handguns” in a single year, she replied: “I think it would be worth considering doing it on the national level, if that could be arranged.”

Clinton states unequivocally that she plans to “defend and expand the Affordable Care Act” (Obamacare), which has caused insurance premiums and policy deductibles nationwide to skyrocket, while almost every Obamacare state exchange in the country has already gone bankrupt.

To address the monumental failure and financial implosion of Obamacare, Mrs. Clinton proposes to implement a “public option” — i.e., a government-run insurance plan that would “compete” with private insurers. Pacific Research Institute President Sally Pipes explains what would happen in that case: “By drawing on taxpayer dollars, this public option would be able to out-price almost every private insurer in the country. Unable to compete, private insurers would be ‘crowded out,’ leaving Americans with just one choice: a government-operated health care plan that brings the entire health sector under government control.”

But that’s just fine with Hillary Clinton, because her ultimate, long-range goal is to have a “single-payer,” “universal” healthcare system that is run entirely by the federal government. Indeed, her presidential campaign website candidly states that she “has never given up on the fight for universal coverage”.

And what does the empirical evidence show, regarding the effectiveness of universal healthcare systems in countries around the world? It’s actually quite clear. As the Cato Institute puts it: “In countries weighted heavily toward government control, people are most likely to face waiting lists, rationing, restrictions on physician choice, and other obstacles to care.”

When Mrs. Clinton was asked, in the second presidential debate, to articulate what would be her chief considerations for selecting nominees to the Supreme Court, she never once mentioned fidelity to the Constitution. Instead, she stated that Justices should try to tip the proverbial scales of power, in favor of people who lack wealth and influence: “I want to appoint Supreme Court Justices who understand the way the world really works … [and] actually understand what people are up against.”  In other words, Mrs. Clinton prefers Justices who seek to enforce her particular vision of “social justice,” rather than blind, unbiased justice. Anyone whom she nominates will be an activist judge — in the mold of Ginsburg, Sotomayor, Kagan, and Breyer — whose foremost allegiance will be to left-wing ideology, not the Constitution.

At an August 2013 meeting of the American Bar Association, Mrs. Clinton lamented that “more than 80 bills restricting voting rights” had been “introduced in 31 states” during the first eight months of that year. These were generally bills calling for Voter ID requirements at polling places, the shortening of early-voting periods, and the elimination of same-day voter registration. All of these proposed measures were designed to reduce the likelihood of voter fraud, but Mrs. Clinton depicted them as “voter suppression” efforts that were part of a racist scheme to “disproportionately [disenfranchise] African-Americans, Latino[s] and young voters.” On another occasion, Clinton said that Voter ID laws are a form of “fear-mongering about a phantom epidemic of election fraud.”

Is Mrs. Clinton correct? Is it a “phantom epidemic”? Look at the evidence and decide for yourself: A 2012 report by the Pew Center on the States found that 24 million voter registrations — one-eighth of all registrations nationwide — were either invalid or inaccurate, including more than 1.8 million dead people who were still registered. A 2014 study found that 35,570 people who had actually voted in North Carolina, had first names, last names, and birth dates that matched those of voters who had cast ballots in other states. A 2006 study found that 77,000 dead people were listed on New York’s statewide database of registered voters, and that as many as 2,600 of them had somehow managed to cast ballots from the grave. In 2011, a Colorado study found that of the nearly 12,000 non-citizens who were illegally registered to vote in that state, about 5,000 had taken part in the 2010 general election.

These are just seven of the more significant policy priorities that Hillary Clinton, if elected President, will seek to implement as a means of continuing to advance the “fundamental transformation” of the United States that Barack Obama has pursued for the past eight years. These particular agenda items would serve to: 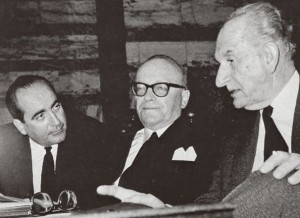 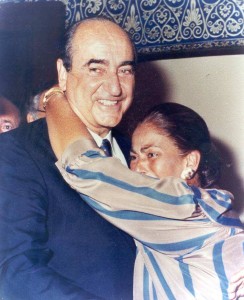