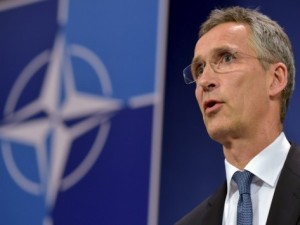 The administration orders “shields down” in the wake of a succession of deadly terror attacks.

The issue of the admission of Syrian refugees into the United States has understandably ignited a firestorm of protest by Americans concerned about their safety and the safety of their families.

These Americans are not exhibiting “xenophobia,” the usual claim made by the «open borders» immigration anarchists.

They have simply been paying attention to what James Comey, the Director of the FBI, and Michael Steinbach, the FBI’s Assistant Director of the Counterterrorism Division, have stated when they testified before congressional hearings about the Syrian refugee crisis.

They made it clear that these refugees cannot be vetted. There are no reliable databases to check and no capacity to conduct field investigations inside Syria to verify the backgrounds of these aliens.

I focused on these issues in my October 7, 2015 article for FrontPage Magazine, “Syrian ‘Refugees’ and Immigration Roulette: How the government is recklessly playing with American lives.”

Further reports have provided disturbing information that ISIS operatives have seized blank Syrian passports and other identity documents, along with the printing devices used to prepare passports and other ID, and have sold these documents to reporters in false names.

The challenges our officials face in attempting to vet refugees and others was the focus of my September 15, 2015 article for FrontPage Magazine, “The Refugee Crisis Must Not Undermine U.S. National Security: America’s enemies cannot be permitted to turn our compassion into a weapon against us.”

These multiple challenges, where failures may well cost American lives and undermine national security, are well known to the administration, yet the administration defiantly continues to press for the admission of thousands of Syrian refugees.

Meanwhile, the administration ignores a commonsense solution to the refugee crisis that would be far more cost effective and not undermine U.S. national security or pose a threat to public safety: The simple establishment of safe zones in the Middle East for these refugees. This is a proposal made by a number of our true leaders, including Senator Jeff Sessions of Alabama.

In an unsuccessful attempt to assuage the fears of Americans about the vetting process, the administration claimed that the screening process was thorough, noting that the vetting process for Syrian refugees was a lengthy process that took from 18 months to two years. (Of course without reliable databases or the ability to conduct field investigations in Syria, no length of time would be adequate.)

The situation in Syria and the growing threats posed by ISIS was the subject of an April 12, 2016 hearing conducted by the Senate Foreign Relations Committee on the topic, “The Spread of ISIS and Transnational Terrorism.” While it should be obvious, I want you to bear in mind the term “Transnational Terrorism.” This refers to terrorists traveling across international borders to prepare for terror attacks. The movement of people across international borders is the domain of our immigration system, which has arguably become one of the most dysfunctional of all of our government’s systems.

Yet Hilary Clinton and Bernie Sanders and other politicians refuse to accept the fundamental fact that our nation’s borders, including our 328 ports of entry, provide far too easy access to transnational criminals and terrorists who either enter without inspection or manage to enter via the inspections process and disappear into the “woodwork.”

Legalizing illegal aliens whose identities cannot be verified is no less dangerous than providing refugee status to refugees who cannot be vetted.

That was the point to my self-explanatory November 24, 2016 FrontPage Magazine article, “Entry Without Inspection = Entry Without Vetting: The dire threat to our national security and public safety.”

Now the administration, with the support of many politicians (mostly Democrats), is doing the unthinkable: running the already fatally flawed vetting process at warp speed. This is unconscionable and beyond any rational justification.

The administration has made this outrageous decision despite the fact that there is no reliable way to vet these refugees and even in the wake of the recent deadly attacks in San Bernardino, California, France and Belgium. These attacks have justifiably added to the concerns of all Americans about the threats posed to our nation by ISIS, al-Qaeda and other terrorist organizations.

While we have been told that the vetting of travelers at airports would likely take longer so that the TSA can more carefully screen passengers following of the terror attack in Belgium, the administration simultaneously announced that not only would the plans to admit Syrian refugees proceed, but that because of the “surge” of those refugees, the screening process will be slashed from two years to just three months.

Here is an excerpt from the NBC News report:

A resettlement surge center opened in Amman in February to meet President Barack Obama’s target of resettling 10,000 Syrians to the United States by Sep. 30. Every day, the center interviews some 600 Syrian refugees.

The temporary processing center for the surge operation will run until April 28, U.S. Ambassador to Jordan Alice Wells said. She traveled to the airport to greet the al-Abbouds before their departure.

The regional refugee coordinator at the U.S. embassy in Amman, Gina Kassem, said that while the 10,000 target applies to Syrian refugees living around the world, the majority will be resettled from Jordan.

“The 10,000 is a floor and not a ceiling, and it is possible to increase the number,” she told reporters, according to the AP.

While the resettlement process usually takes 18 to 24 months, under the surge operation this will be reduced to three months, Kassem said.

It is worth noting that once again the term of choice by the administration is “surge.” We have witnessed “surges” of what were described as unaccompanied minors along the U.S./Mexican border that overwhelmed the Border Patrol and caused the understaffed immigration courts to overflow with the human tsunami of that surge.

As a consequence, the immigration courts were compelled to put hearings on hold for aliens facing deportation (removal) from the United States. Often these aliens had been convicted of committing serious crimes that predicated that decision to seek their removal from the United States. Because of a lack of detention space and other such factors, most of these aliens were simply released back into the communities where they committed still more crimes — usually, ironically, victimizing members of the various ethnic immigrant communities around the United States.

Now we have a “refugee surge” that the administration is eagerly exploiting, claiming that the only way to deal with overwhelming numbers of such refugees is to take the two-year process and slice it down to just 90 days.

As noted above, Ms. Kassem, the regional refugee coordinator at the U.S. Embassy at Amman Jordan, was quoted as having said, “The 10,000 is a floor and not a ceiling, and it is possible to increase the number.”

Perhaps Ms. Kassem should issue another statement: “Damn the terrorists — full speed ahead!”

As insane and reprehensible as this is on the federal level, we must also consider the issue of “sanctuary cities,” which involves local government. These municipalities provide shielding to aliens who have trespassed on our nation or otherwise violated the immigration laws that were enacted to achieve the fundamental and entirely reasonable goals of protecting national security, the lives of innocent people and the jobs of American workers — and in a particularly perilous era.

I have written about this madness and also testified before congressional hearings about the lunacy of sanctuary cities. In point of fact, on February 27, 2003 I testified before the House Subcommittee on Immigration, Border Security and Claims on the topic, “New York City’s ‘Sanctuary Policy’ and the Effect of Such Policies on Public Safety, Law Enforcement, and Immigration.”

For those politicians who cannot understand the anger of the citizenry of the United States, they would do well to look in the mirror to see who our adversaries are.

It is time for these politicians to get the memo:

“Υou are either with us or you are against us“!!!