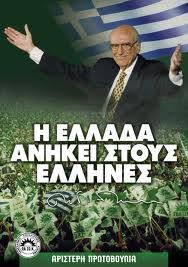 Palestinian terrorists launched rockets and suicide drones at the Tamar offshore gas installation over the past week.

The IDF said that both rockets and suicide drones were used in these attempts, none of which ever posed an actual threat to the rig, which nonetheless was placed on alert and ordered to temporarily halt operations.

According to Channel 12, Tamar is protected by a ship-borne version of Israel’s Iron Dome air defense system, among other measures.

The military attributed the attacks to Hamas’s naval unit, adding it has destroyed most of the terrorist group’s naval infrastructure since Operation Guardian of the Walls was launched on May 10.

According to the IDF, the head of Hamas’ submarine development program was killed in an Israeli strike this week. An IDF official also told Israeli media that contrary to some reports, the military has not been able to confirm that the head of Hamas’ naval commando force has also been killed.

In the latest round of fighting, the navy has destroyed eight warehouses containing naval armaments, 10 Hamas naval posts, 22 ships belonging to the group’s naval forces, and more.

Israeli Navy Commander Maj. Gen. Eli Sharvit said in a statement, “The most significant thing, as in all of the IDF, is denying [the enemy] capabilities and establishing a strong defense. Therefore, we have attacked bases, vessels, weapons warehouses, infrastructure and operatives.”

Hamas and PIJ have significantly expanded their naval units since “Operation Protective Edge” in 2014, investing in training naval commandos and procuring various vessels and drone systems, according to the military. SHOCKING: IDF Call to Palestinian Reveals Who Truly Cares About Children of Gaza

A Palestinian in Gaza reveals Hamas’ sickening strategy to an IDF soldier warning him to evacuate a building.

The Israeli Defense Forces takes great care and tremendous effort to ensure that no civilians are killed during an airstrike in Gaza. One such measure is to call people in the targeted buildings and make sure they evacuate the premises.

In one such phone call, a Gazan civilian informed the IDF that the Palestinians “want to die” and “if children need to die, they’ll die.” This is in order to “reveal Israel’s cruelty.”

If you didn’t understand the conflict until now, this video should provide some clarification.

Netanyahu: No ‘Immediate’ End to Israeli Airstrikes on Gaza

In a televised address, Netanyahu told the Jewish state that the attacks were continuing at “full force” and will “take time.”

“I hope it won’t take long,” Netanyahu told CBS’s “Face the Nation” show in the United States. But he said the end of the attacks was “not immediate” despite international efforts to broker a case-fire in the week-long exchange of missile fire between Israeli forces and Hamas militants in the Gaza Strip.

“We were attacked by Hamas…unprovoked attacks on Jerusalem,” the Israeli capital, Netanyahu said.

“We’ll do whatever it takes to restore order and quiet,” he said in the television interview. “We’re trying to degrade Hamas’s terrorist ability and to degrade their will to do this again.”

Netanyahu spoke after the deadliest attacks since the devastating war in Gaza in 2014. The Israeli airstrikes targeted a major downtown street of residential buildings and store fronts over a five-minute period after midnight, flattening two adjacent buildings and another about 50 meters away.

Early Sunday, Israel bombed the house of Yehya Al-Sinwar, the top Hamas Leader in Gaza, on the seventh straight day of hostilities. It was not immediately clear if Sinwar was home. An Associated Press report said he was “likely in hiding along with the rest of the group’s upper echelon.”

Netanyahu defended the destruction Saturday of a 12-story building in Gaza City where the Associated Press and Al-Jazeera news organizations were based, as well as apartments and other offices.

The building’s owner received a warning by telephone from the Israeli military an hour before the attack and AP staffers and other building occupants evacuated the building immediately. Netanyahu said no one was injured in the attack. Al-Jazeera continued to broadcast the airstrikes as the building collapsed.

The Israeli leader said the building, in addition to housing the media offices, was home to the “intelligence office for the Palestinian terrorist organization.”

“It is a perfectly legitimate target,” he contended.

AP President and CEO Gary Pruitt said in a statement the news organization was “shocked and horrified” by Israel’s attack on the building, while noting it had received a warning from Israel.

“The world will know less about what is happening in Gaza because of what happened today,” Pruitt warned.

U.S. Secretary of State Antony Blinken spoke with Pruitt and “offered his unwavering support for independent journalists and media organizations around the world and noted the indispensability of their reporting in conflict zones,” according to spokesman Ned Price. “He expressed relief that the Associated Press team on the ground in Gaza remains safe.”

The Israeli military said, without evidence, that it destroyed the building because intelligence operatives within the Islamist militant group, Hamas, were using media offices as “human shields.”

“AP’s bureau has been in this building for 15 years. We have had no indication Hamas was in the building or active in the building,” the news organization responded. “We would never knowingly put our journalists at risk.”

Separately, hundreds of people took to the streets in Lebanon Sunday to protest the Israeli offensive in Gaza.

The U.N. Security Council met Sunday to try to figure out how to quell the violence and the United States dispatched a diplomat to the region to try to broker a cease-fire.

The latest outbreak of fighting began last Monday after conflicts in east Jerusalem last month. Palestinian clashes with police erupted in response to Israeli police tactics during the Muslim holy month of Ramadan and Jewish settlers threatening to evict dozens of Palestinian families. A focal point of the unrest was the Al-Aqsa Mosque, located on a hilltop compound that is revered by both Muslims and Jews.

On Saturday, Netanyahu said the air bombardment will “continue as long as needed.”

“You cannot hide â€” not above ground, and not underground. Nobody is immune,” he said, speaking to the leaders of Hamas in Gaza, and he thanked U.S. President Joe Biden and other world leaders for their support.

Biden called Netanyahu on Saturday and said he condemned the rocket attacks by Hamas and reaffirmed his support for Israel’s right to defend itself from Hamas and other terrorist groups. The U.S. leader also expressed concern for the safety of journalists and the need to ensure their protection, according to a White House readout of the call.

He updated Abbas on U.S. diplomatic efforts to end the ongoing conflict, stressing that Hamas must stop firing rockets into Israel. Biden also underscored his commitment to a “negotiated two-state solution as the best path to reach a just and lasting resolution of the Israeli-Palestinian conflict,” the White House said.

Hady Amr, the U.S. deputy assistant secretary of state for Israel and Palestinian affairs, was in Israel and set to meet with Israeli leaders Sunday, then with Palestinian officials in the West Bank to find a “sustainable calm,” the State Department said.

European Union foreign ministers will have a videoconference Tuesday about the escalating fighting between Israel and the Palestinians. Josep Borrell, the EU’s foreign policy chief, said on Twitter Sunday that the ministers will “discuss how the EU can best contribute to end the current violence.”

The Israeli prime minister and told the American president he “is determined to complete the operation’s goal of restoring security to Israeli citizens.”

Prime Minister Benjamin Netanyahu spoke by telephone on Monday with US President Joe Biden and told him he was determined to see Operation Guardian of the Walls through and hit Hamas hard.

The Prime Minister’s Office stated that Netanyahu “expressed appreciation for the president’s consistent support for Israel’s right to defend itself,” and told Biden that he “was determined to complete the operation’s goal of restoring security to Israeli citizens.”

The two have spoken several times in recent days. Biden is reportedly pushing for a ceasefire while Netanyahu is apparently unwavering on his determination to complete the objectives set forth by the IDF in Operation Guardian of the Walls.

According to the White House, Biden “reiterated his firm support for Israel’s right to defend itself against indiscriminate rocket attacks” and “encouraged Israel to make every effort to ensure the protection of innocent civilians.”

The two discussed “progress in Israel’s military operations against Hamas and other terrorist groups in Gaza,” and Biden “expressed his support for a ceasefire” and discussed US engagement with Egypt and other partners towards that end.

He met with Israeli officials on Sunday, with no significant results.

Netanyahu stated Monday night after an assessment that “the directive is to continue striking at the terrorist targets. The IDF is doing this very well. We will continue to take whatever action necessary to restore quiet and security to all residents of Israel.”

In the meantime, Israel is receiving broad support from countries around the world.

Netanyahu spoke on Monday night with German Chancellor Angela Merkel who reiterated her “unreserved support for Israel’s right to defend itself.”

Netanyahu emphasized that “Hamas is committing a double war crime by firing missiles from inside civilian populations and by using civilians in Gaza as human shields.”

On Sunday night, Netanyahu spoke to Dutch Prime Minister Mark Rutte and thanked him for “his country’s support of Israel’s right to self-defense in light of the terrorist organizations’ firing at Israel’s cities.”

Netanyahu noted that “Israel would continue to strike at Hamas and Islamic Jihad in order to restore the quiet and security to the citizens of Israel.”

Austria, the Czech Republic, Slovenia, and other countries flew Israeli flags on their government buildings in solidarity of the Jewish state. 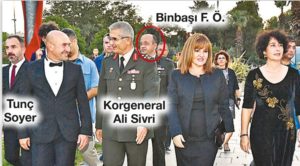 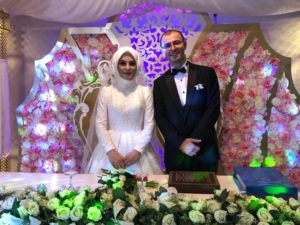 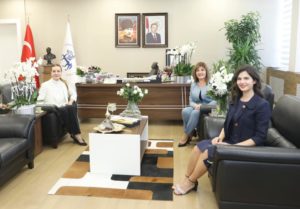 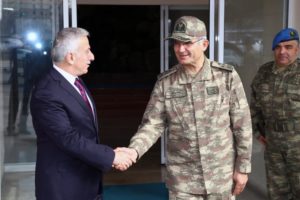 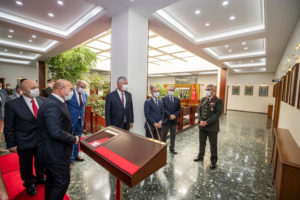 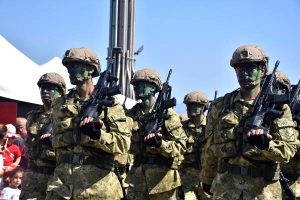 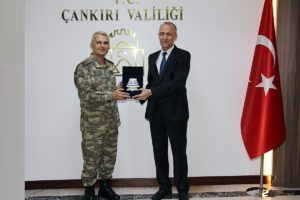 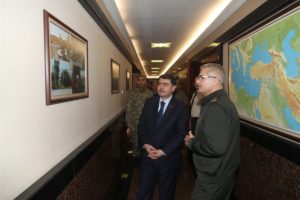 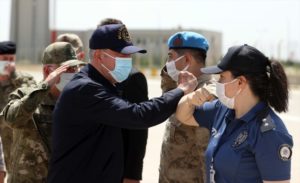 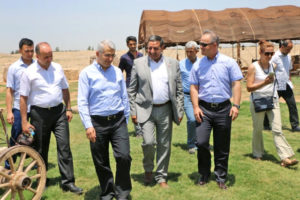 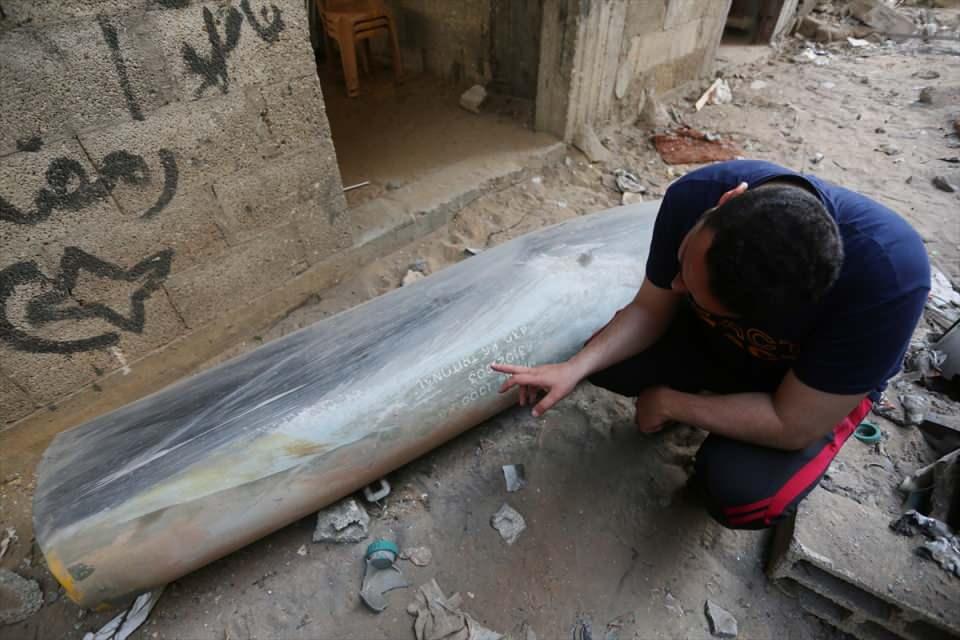 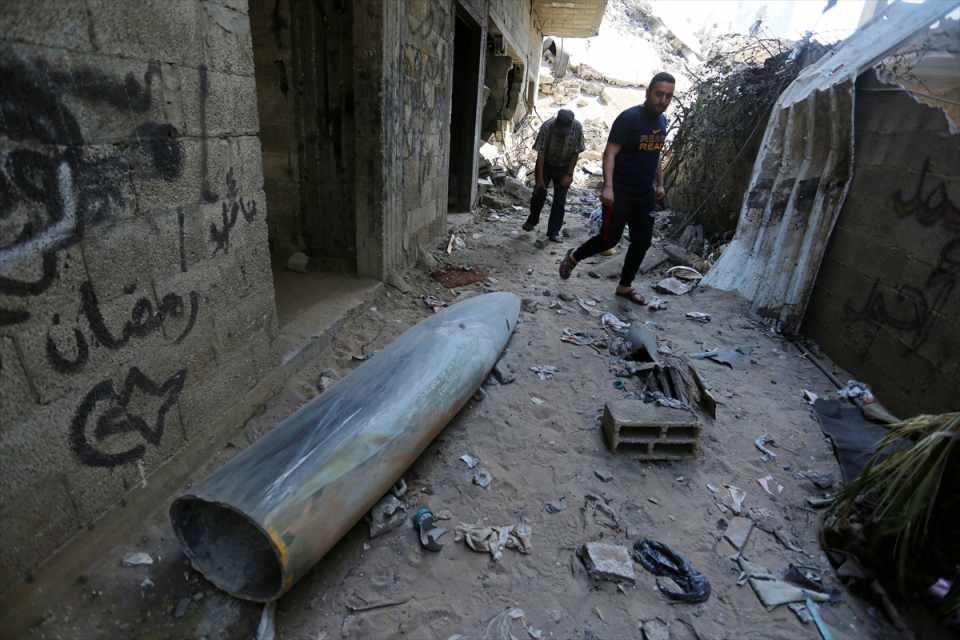 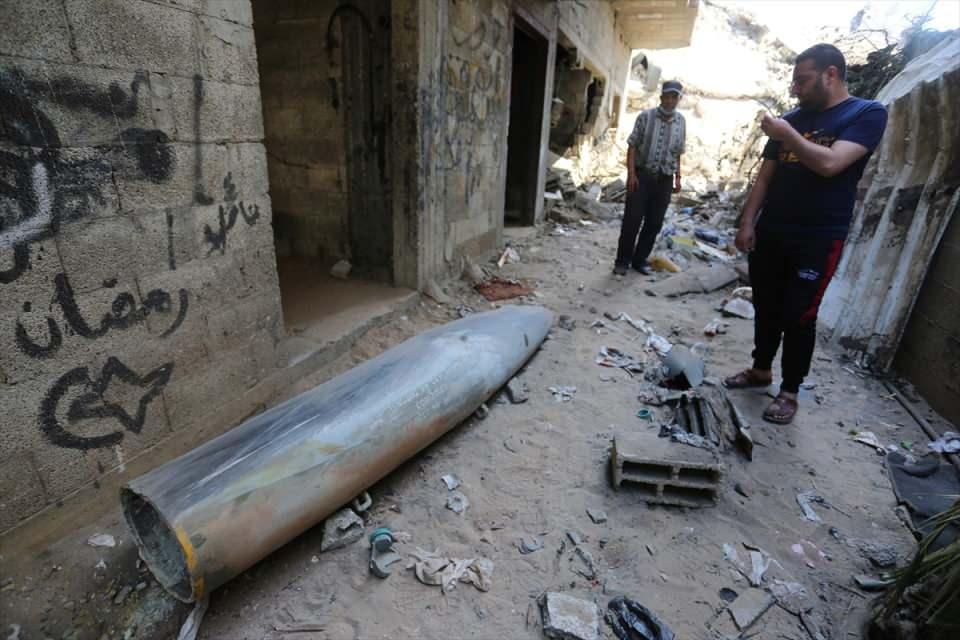 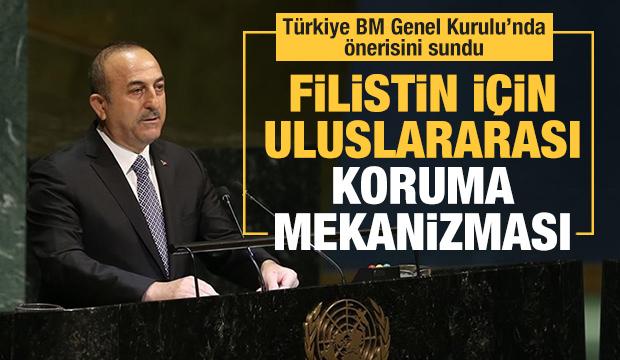 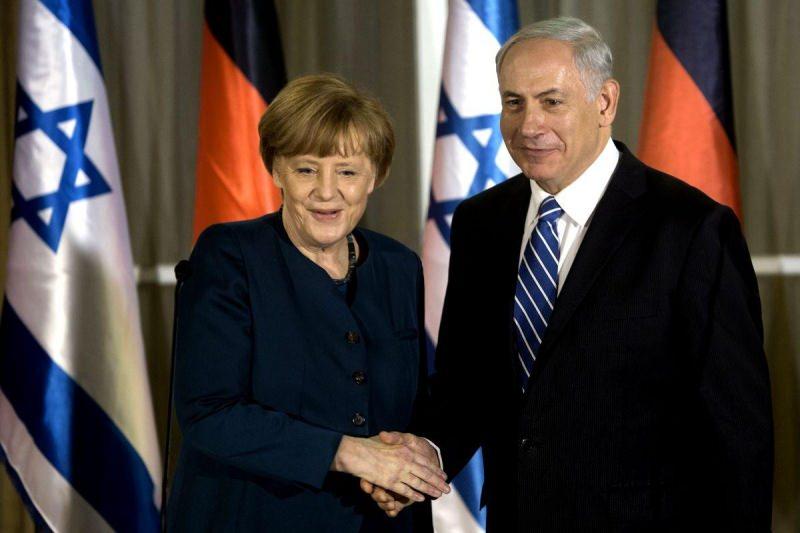 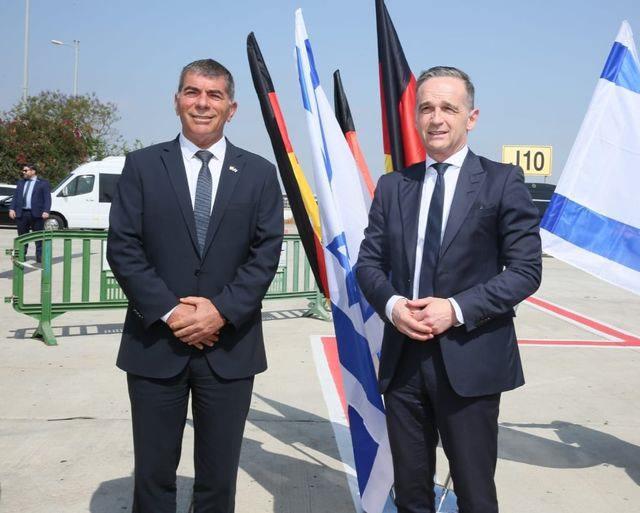 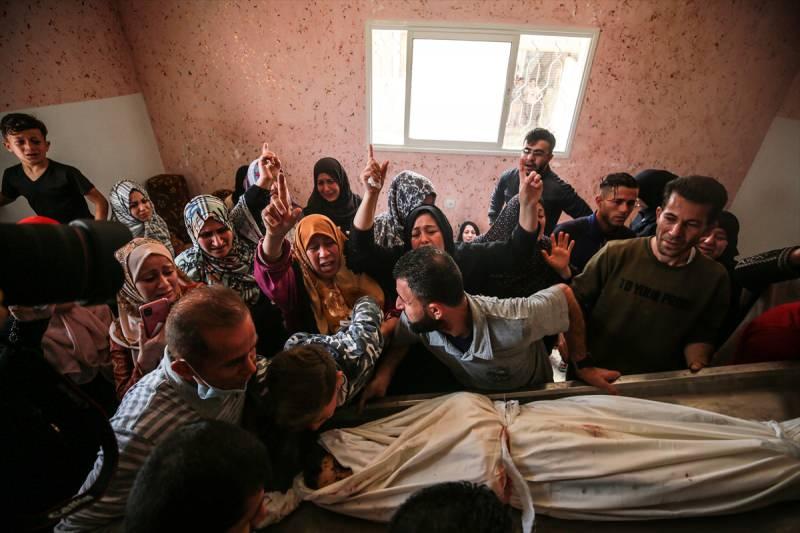 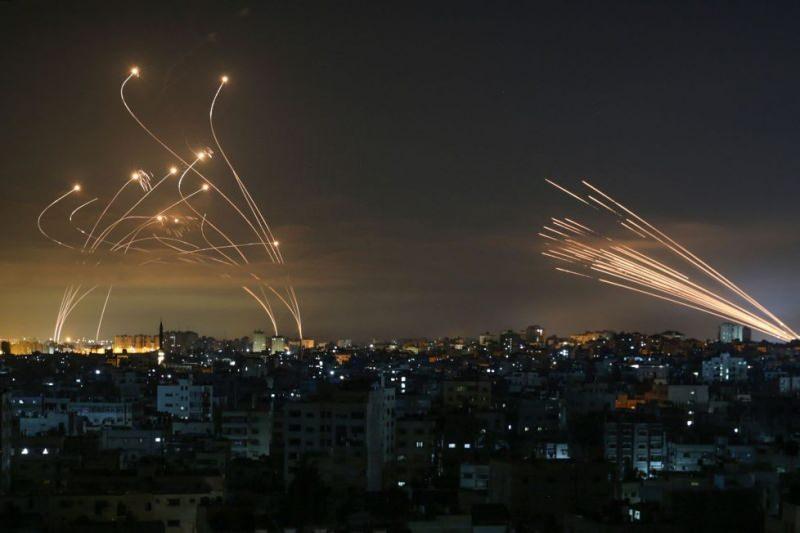 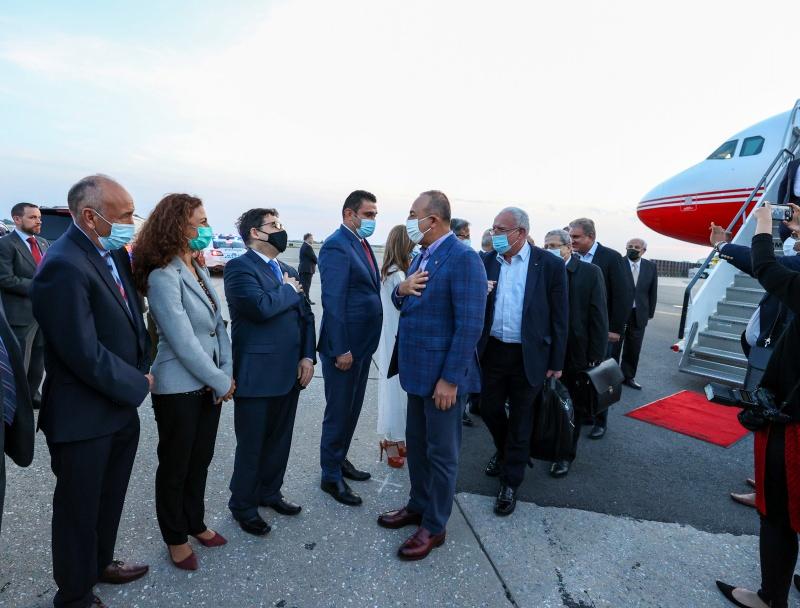 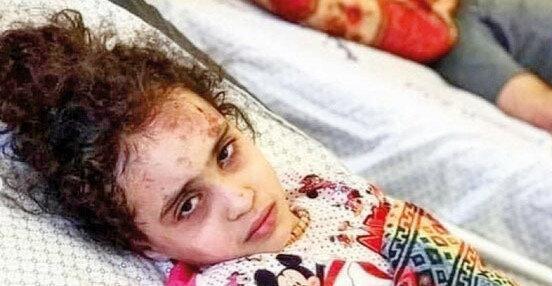