WHAT’S NEXT FOR THE CHARMING HEAD OF THE MOSSAD?

AS THE Jewish New Year, which is a time for reflection and introspection approaches, Yossi Cohen is very busy. Exactly on the second most holy Jewish holiday – which this year falls on September 10 – he will celebrate his 57th birthday. The elegant and charming head of the Mossad is preoccupied not only with supervising his agency’s operations around the globe but also with promoting his image and public relations.

More than all his predecessors who rarely met the media, Cohen hosts, from time to time, senior Israeli and foreign journalists and commentators.

Unlike his predecessors, he doesn’t shy away from cameras when he is seen in public places. Not that he reveals great secrets, but with his beaming smile, he gives the impression of openness.

Usually the meetings with journalists are held one on one, but sometimes in small groups. The meetings take place in his elegant office at Mossad headquarters on the hill overlooking Glilot junction, north of Tel Aviv.

Through the back door of the building, his assistant takes the visitor by the elevator up to his office on the second floor. First, the guest is seated on a leather sofa in the anteroom, which is filled with books or other gifts given to Mossad directors by their counterparts, including gifts from Arab and other Middle Eastern or Muslim countries, which don’t have official relations with Israel.

These gifts are a silent testimony to the widespread outreach of Israel’s foreign espionage service, which maintains official but clandestine liaison with around 150 spy agencies from all continents. In that sense, the Mossad before Cohen and under his leadership serves as a second, unofficial Foreign Ministry.

In one corner of the anteroom stands a gilded wand with the names, in Hebrew, of the past 10 directors written on metal plates.

When Cohen ends his term, the 11th metal plate with his name will be added.

Their terms are neither limited by law (unlike the CIA, there is no law regulating the Mossad) nor by a time limitation. With one exception, Mossad heads have served an average of six years. Cohen has been in office less than three years.

Six – Zvi Zamir, Nahum Admoni, Shabtai Shavit, Danny Yatom, Ephraim Halevy and Tamir Pardo – are still among us, alive and kicking. They don’t hesitate to express their views on security and strategic issues, and their concerns how and where the right-wing government of Benjamin Netanyahu is leading the country.

In that sense, Cohen is also an exception.

While most of the former directors can be identified as holding center and left of center outlooks, Cohen is a pragmatic right-winger and an admirer of Netanyahu. This makes him also the most politicized Mossad director ever.

As a serving director Cohen cannot speak his mind in public but he finds ways to do so in cabinet sessions, in appearances before sub-committees of the Knesset (the parliament) and in his off-the-record meetings with journalists and other guests.

Cohen is a very talented and skillful ” intelligence officer “(!), who rose through the ranks of the organization.

He was born in Jerusalem to a modern-Orthodox religious family. His father, Leo, was a seventh-generation Israeli and a veteran of the pre-state Irgun (Etzel) underground led by Menachem Begin. After Israel gained its independence, Leo joined Bank Mizrahi, the only religious bank in the country, then owned by the National Religious Party and now by private shareholders. His mother was a teacher.

He went to a yeshiva (religious school) and after his military service at the young age of 21, he was accepted to the Mossad’s cadet school. He was the first cadet to wear a skullcap, which eventually he had to take off during his operational terms abroad so as not to be identified as a Jew and Israeli. Since then he no longer covers his head but he has remained an observant Jew, keeps tradition and tries to attend synagogue on Shabbat and most Jewish holidays.

He graduated from the cadet academy as a case officer (in Hebrew, the professional term is k’tzin isuf – a collection officer) in charge of locating, approaching and running agents. For most of his career he was in the same department code-named “Tsomet” (Junction), which is in charge of handling agents. Speaking English, French and Arabic, he excelled in this profession and was sent numerous times to Western Europe, where he served in the early 1990s.

From 2008 to 2010, he was appointed by then-Mossad chief Meir Dagan to be in charge as a special project manager of tackling the Iranian nuclear program, whose ultimate aim was to produce nuclear weapons.

During that time, according to foreign reports, the Mossad recruited more agents, assassinated Iranian nuclear scientists, sabotaged shipments of materials and equipment, and planted malwares and viruses, which damaged Iran’s computers operating the uranium enrichment centrifuges. No doubt that in this capacity, Cohen learned a great deal from Dagan, the master spy, and honed his operational skills. Indeed, Iran’s program was slowed down but it was international pressure and economic sanctions that forced Iran to negotiate and sign a nuclear deal in 2015 with six world powers.

After Dagan completed his eight-year term, Cohen was appointed in 2011 as a deputy director under Tamir Pardo, the new Mossad director. There was no love lost between the two, and after two years, Cohen left the agency temporarily to become Netanyahu’s National Security Adviser. Whispering in Netanyahu’s ear, being close to him, was very helpful in paving the path for his current job. But it wasn’t sufficient. Cohen, who knows how to charm acquaintances and to identify power brokers, realized that Sara, on her husband’s decisions, holds the key to the door of the Mossad chief.

Cohen, who is married with four children (one of his sons has cerebral palsy !!!), found the way to gain Sara’s trust. His main influence, though, is due to his proximity and access to the prime minister, who is his immediate superior. The position and responsibility of the head of Israel’s foreign espionage agency are an excellent vantage point from which to influence military and diplomatic developments in four major fields vital to Israel’s national interests: gathering intelligence, and executing special tasks, including assassinations, and sabotaging Israel’s enemies and their installations; providing the government with early warnings of impending wars and terrorist plots; and serving as a special secret envoy of the prime minister to Arab leaders, such as the king of Jordan, whose countries have full diplomatic relations with Israel, or with those who don’t wish to be seen in public with Israeli leaders but are ready to meet the Mossad head clandestinely. These may include, according to foreign reports, officials from the United Arab Emirates, Bahrain, Kuwait or Saudi Arabia.

Another important task is to maintain the special relations between Israel’s intelligence community and its counterparts around the world, especially the CIA. Cohen frequently travels to Washington to meet with his CIA counterpart and other national security officials. In these meetings, he exchanges intelligence data, analysis and sometimes even plans joint operations.

One such trip occurred last March when Cohen traveled with a flash drive to share the data on it with the CIA. It contained the complete central archive of Iran’s military nuclear power.

After two years of gathering intelligence, planning, preparations, surveillance and drills, Mossad operatives disguised with real and bogus identities, passports and cover stories broke in, after midnight on January 31, to a warehouse in a dreary suburb of Tehran. This was Iran’s nuclear treasure: data, drawings, blueprints, plans and timetables on how to produce nuclear weapons and warheads. According to foreign reports, the Mossad warriors knew beforehand what safes contained the most important folders and discs. They worked for two hours, while their comrades protected the premises from the outside. The safes were burned with torches, and after they found their bounty, the agents loaded it onto trucks and drove, most probably, to a neighboring country.

During the entire nerve-racking operation, Cohen and his top echelon watched online images broadcast by cameras. No doubt it was a brilliant and most daring operation showing the Mossad’s capabilities. Yet it didn’t bring the “smoking gun.” The expectation and hopes were to find the evidence to show that Iran was continuing with its military program. Such proof wasn’t found and the huge archive only confirmed and substantiated Iran’s work on the bomb until the nuclear deal was signed.

Cohen was disappointed, but he still believes that Iran is secretly plotting to renew its nuclear military work. Thus Iran is still high on his and the Mossad’s agenda.

Under Dagan and Pardo, the Mossad has grown from a relatively small spy agency into one of the biggest in the world. The Glilot complex is huge, with new buildings to house the 6,500 men and women directly employed under Cohen, in addition to at least another 1,000 subcontractors. From time to time, in special and really dangerous operations and in order not to endanger Israelis, the Mossad has also used well-trained and prepared foreign mercenaries.

This expansion has resulted in the Mossad becoming less of a human-based spy organization than it used to be, increasingly focused more on technology and cyber. When it comes to cyber, Israel, in general, and the Mossad, in particular, are on the cutting edge, with state-of-the-art equipment.

Cohen is not sitting on his laurels after stealing the Iranian nuclear archive. He wants also to walk in the footsteps of Dagan and leave his legacy as a director who is eliminating enemies more than any of his predecessors. Already, according to foreign reports, Mossad gunmen have killed at least four scientists working to improve the military capabilities of Hamas and Syria. Probably, there were more killings, which never made the headlines.

But Cohen also knows that his influential status and power as the director of the Mossad lie in his accumulation of destructive capabilities.

His judgment or lack thereof and his mistakes can cause embarrassment to the prime minister and damage Israel’s security interests and its foreign relations.

Thus, he fears his luck may sooner or later run out. This is the reason that he is talking about ending his term in January 2020, after just four years. But if the prime minister asks him to continue his service – and most probably Netanyahu will – it will be difficult for Cohen to say no.

Whatever he decides, Cohen may eventually enter politics. But before that, he will have to endure a three-year cooling-off period as dictated by the law. It is most likely that during this period, he will go into business to improve his and his family’s bank account. 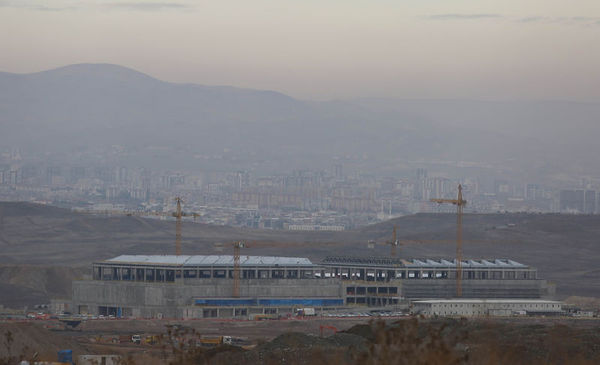