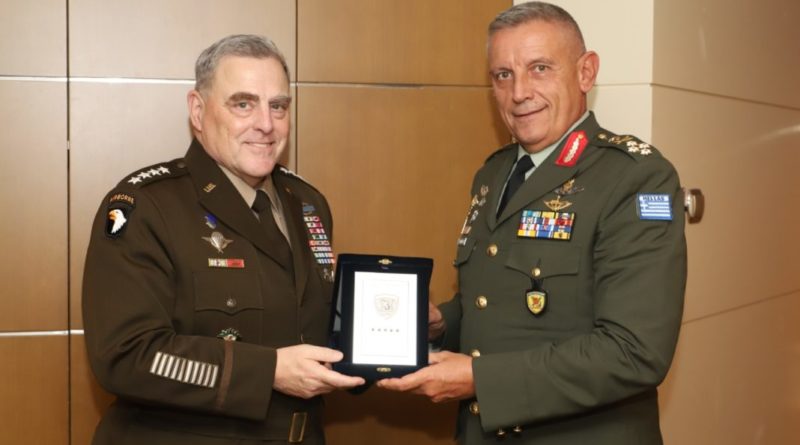 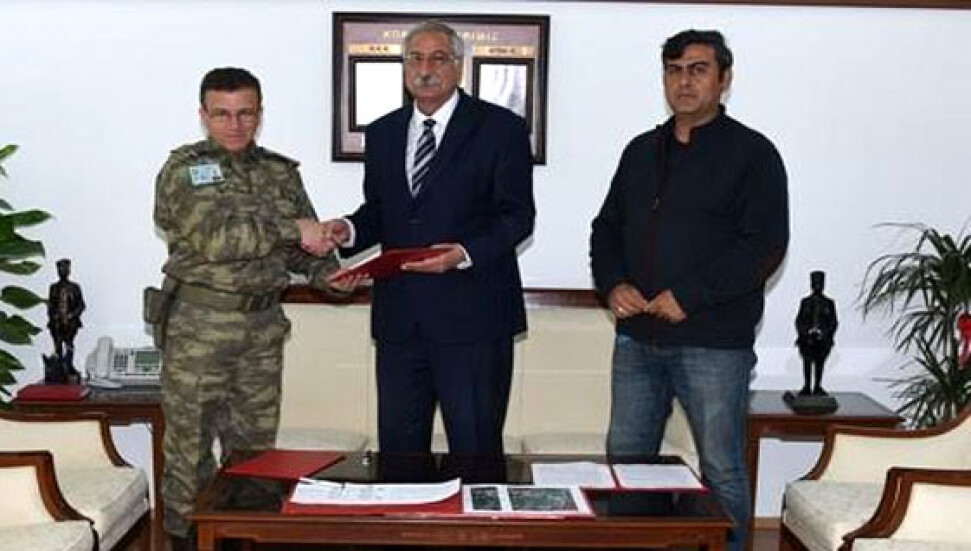 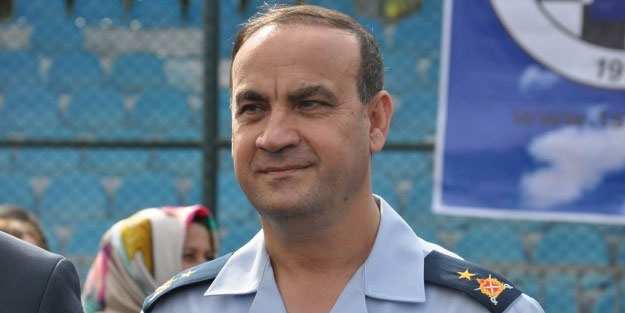 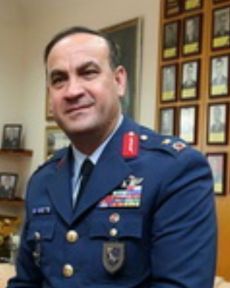 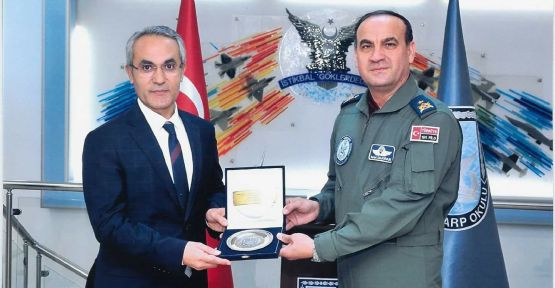 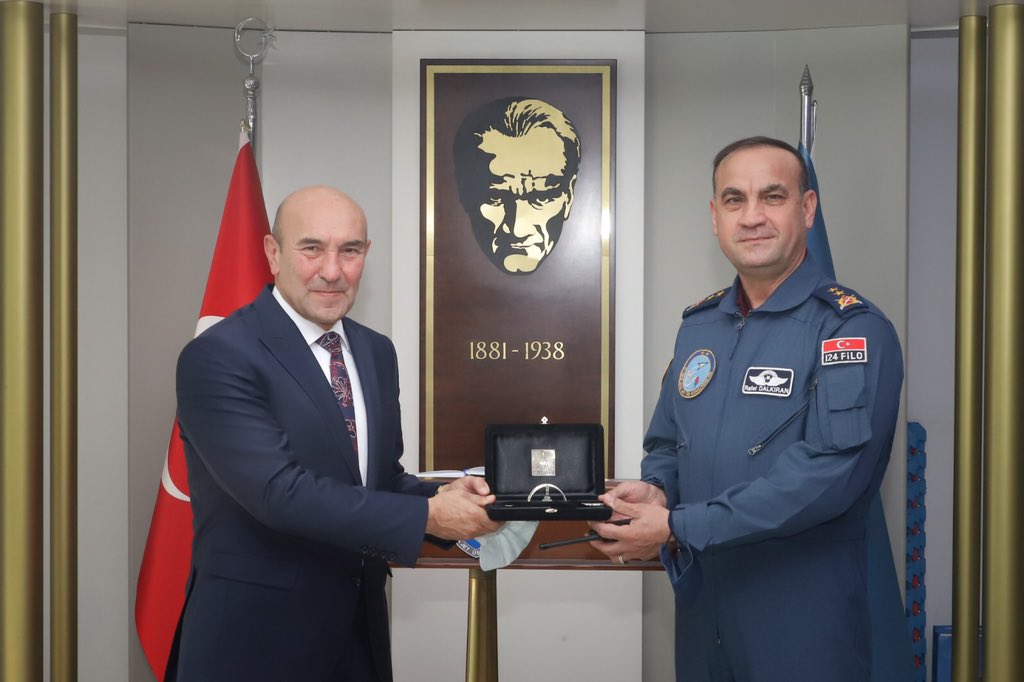 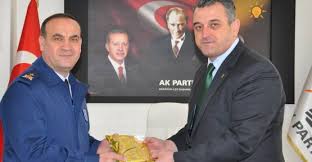 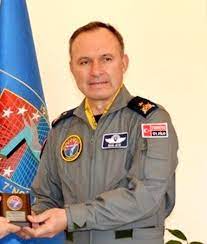 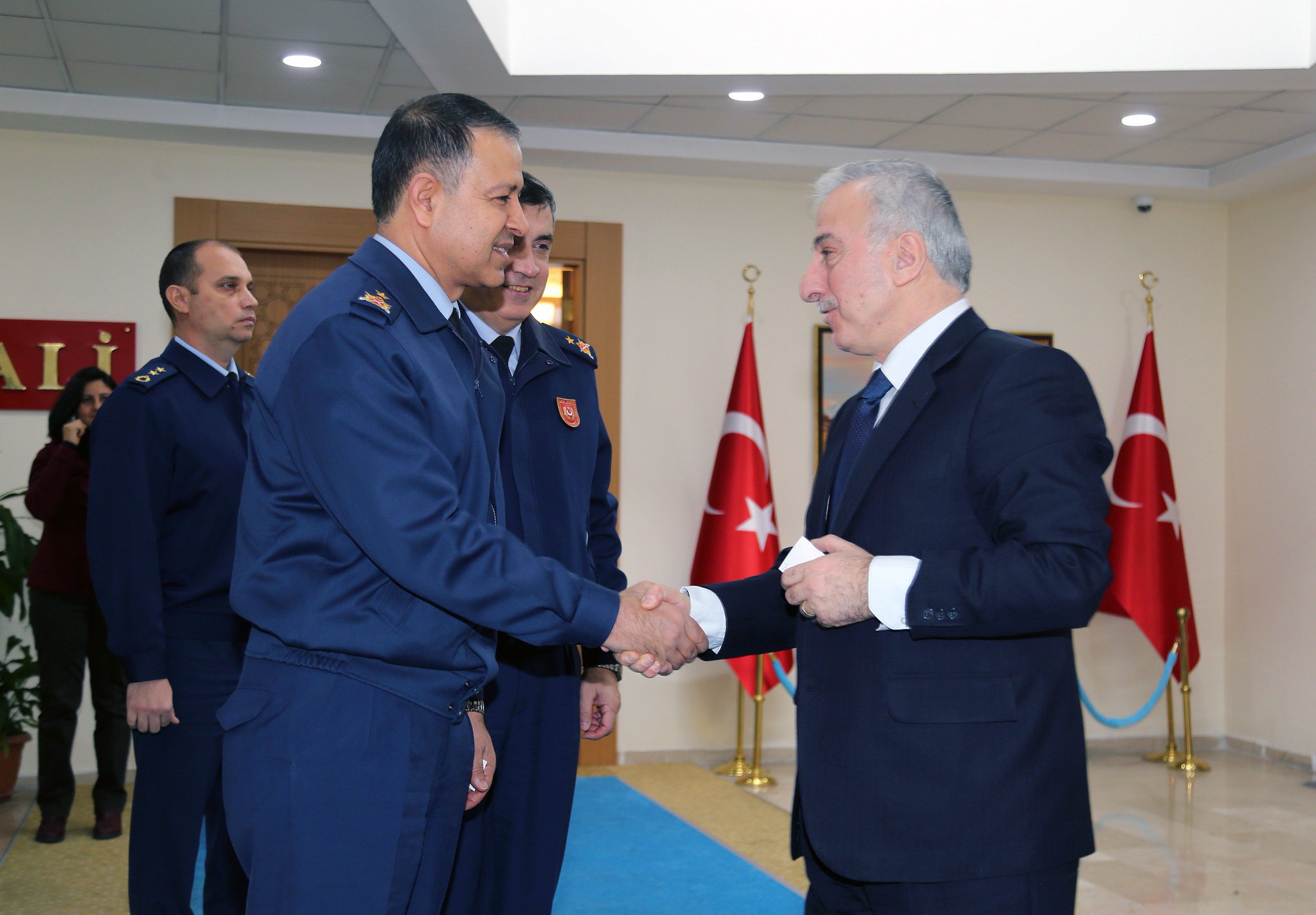 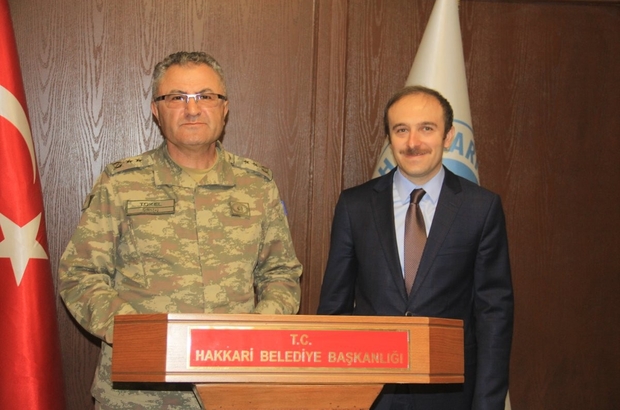 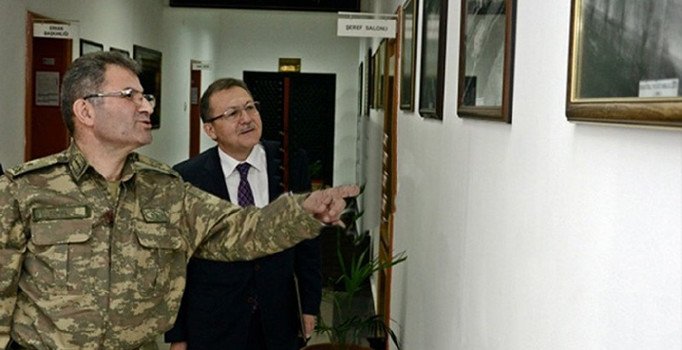 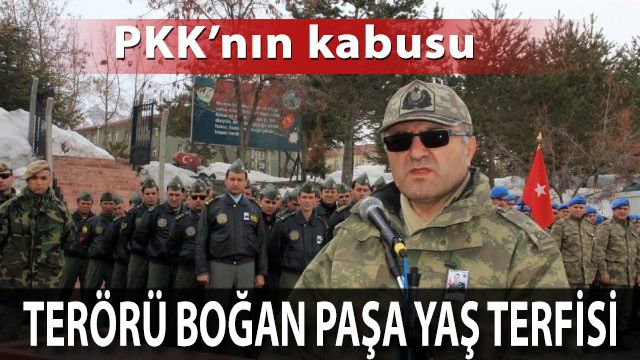 Turkey’s president has signaled that he is considering buying more sophisticated Russian antiaircraft missile systems, a move that would further irk Washington.

Turkey, a NATO member, was kicked out of the F-35 fighter jet program and Turkish defense officials were sanctioned after Ankara bought the S-400 system in 2019.

The United States says the use of Russian systems within NATO poses a threat to F-35s.

For its part, Turkey says the S-400s could be used independently without being integrated into NATO systems.

Recep Tayyip Erdogan told the U.S. news channel CBS that Turkey has not been given the option to buy American-made Patriot missiles.

And he complained that Washington had not delivered F-35 stealth jets despite Turkey making a payment of $1.4 billion.

CBS released a partial transcript of Erdogan’s comments ahead of a full interview to be broadcast September 26.

Based on reporting by AP and CBS

The Trojan horse that advanced the goal of destroying Israel.

Faisal Husseini, who held the Palestinian Authority’s Jerusalem portfolio, gave an interview shortly before his death in the summer of 2001 in which exposed the fraud at the heart of the Oslo process. Speaking with Al Araby newspaper, Husseini said that Yasser Arafat, his deputies and henchmen never saw the “peace process” as a way of achieving peace with Israel. Oslo, for them, was a means to advance their goal of destroying Israel, “from the river to the sea.”

Husseini described the Oslo process as a “Trojan Horse.” Arafat and his people were the hostile army that infiltrated the city “in the belly of the wooden horse.” When Arafat rejected Palestinian statehood and peace at the Camp David summit in July 2000 and initiated the Palestinian terror war two months later, it was as if he and his men had exited the horse and began the fight.

“This is the beginning of the real work,” Husseini explained.

Arafat promised that in exchange for all that, he would fight terror and build the institutions necessary to run a state. Instead, he and his minions transformed the cities Israel gave them into terror bases. They used the funds to finance terror armies. They used the international legitimacy Israel’s recognition conferred to escalate and expand their political war against Israel’s right to exist.

The Israeli public didn’t need Husseini’s interview to know that Oslo was the gravest strategic error in Israel’s history. The first Palestinian suicide bomber blew up at a crowded bus stop seven months after Yitzhak Rabin and Arafat shook hands at the White House on Sept. 13, 1993. Between their handshake and the beginning of the Oslo war in September 2000 the number of Israelis killed by Palestinian terrorists was twice the total killed from 1967-1993.

Despite the public’s opposition, today, 28 years after Oslo’s launch, we are still living in the world Oslo unleashed. The strategic and political realities the Oslo process created still dominate the life of the country. The P.A. still exists. It still finances and incites terror and wages its political war against Israel. The Oslo-obsessed “international community” still demands that Israel “make painful concessions for peace,” and together with the Israeli left insists that the “two-state solution” is the only possible way to resolve the Palestinians’ never-ending war for the annihilation of Israel.

For years, led by Shimon Peres, the Israeli left dismissed public opposition to their radical, failed policy with the jeering catcall, “What’s the alternative?”—as if Israel’s only option was surrender to Palestinian terrorists in the name of “peace.”

A year ago, we caught a glimpse of the alternative: the sovereignty plan, which was supported by America. That plan showed that there is an option for governing Judea and Samaria and securing the interests of both Israel and the Palestinians that doesn’t involve empowering a terrorist organization.

As for peace, the Abraham Accords showed that the key to peace with the Arab world isn’t kowtowing to Palestinian terrorists.

The key to peace is Israel’s military, economic, diplomatic and social power. The parties to the Abraham Accords made peace with Israel because we are powerful, because Israel stubbornly defends its rights and interests.

Last year’s glimpse of the true alternative to surrender seems like a distant dream today. The Lapid-Gantz-Bennett government has embraced Oslo’s tired, insipid slogans and presents them as original ideas—as if we were all born yesterday.

“Security for prosperity,” Lapid’s plan for “stabilizing” Hamas-controlled Gaza, is an attempt to repackage Oslo’s requirement that Israel give the Palestinians everything they demand up front in exchange for vague promises of Palestinian moderation sometime down the line.

In Lapid’s plan, Israel will let Hamas rebuild its missile stores and terror infrastructure by transferring astronomical quantities of civilian aid. Hamas will respond by temporarily suspending its missile attacks on Israel.

“Gaza residents” will overthrow Hamas if it blocks prosperity by using “humanitarian aid” to build its terror arsenal, even though the Palestinians of Gaza and Judea and Samaria support Hamas and want elections so that Hamas, which has been diverting humanitarian aid for 15 years, will oust Fatah and the PLO.

Although P.A. chairman and PLO chief Mahmoud Abbas has no public support, he is Israel’s “legitimate partner” for peace. He’s our partner for fighting terror, even though he incites and finances terror. The Lapid-Gantz-Bennett government is committed to expanding Abbas’s powers to empower “moderates.”

The Israel Defense Forces, Lapid says, can’t fight endless rounds of war with Hamas. But then again, he argues that the IDF is so powerful that Israel can afford to let Hamas rebuild its arsenal and military infrastructure.

How is it possible after all we have been through and all we have learned and seen, we are still living in the Oslo reality?

The answer begins with the name of the phony peace process: Oslo. It was a Norwegian production, not an Israeli one. In 1993, the anti-Israel Norwegian government asked two Israeli peace activists who worked at a think tank connected with then-deputy Foreign Minister Yossi Beilin to come to Oslo to meet with senior PLO terrorists. They agreed despite the fact that at the time, Israeli law banned all contact between Israeli citizens and PLO members.

Although they represented no one, Yair Hirschfeld and Ron Pundak were happy to oblige, and carried out negotiations as if they were Israel’s representatives. When the talks advanced to a certain point, they told Beilin about them. And he told Peres.

After Arafat (with Israeli coaching) scuttled the official peace talks that Rabin’s representatives were holding in Washington, Peres told Rabin. Whether unwilling to get into an open battle with Peres that could potentially bring down his government, or hopeful that something positive might come from the anti-democratic exercise, Rabin agreed to make the Oslo deal official policy.

The public opposed Oslo from the beginning. To get the Oslo deals approved by the Knesset, Rabin required the support of the anti-Zionist Arab parties. Once the ultra-Orthodox Shas party left his government, to survive Rabin needed to entice two lawmakers from the far-right Tzomet party to bolt their party, and abandon their ideology. He bought them off with a ministry and a deputy ministry, and got the second Oslo deal through the Knesset with a one-vote majority.

Rabin and Peres were able to push ahead with Oslo because the media and the legal fraternity supported their efforts to demonize its opponents. Zionists became “enemies of peace,” collaborators with Hamas and Fatah. Rabin coined the term “murderers of peace.” Opposition leaders who gave firmly documented, heart-rending speeches against Oslo were accused of “incitement.” Victims of Palestinian terror were dubbed “victims of peace.”

When Ariel Sharon became prime minister at the height of the Palestinian terror war, he opted to end the media’s demonization of him by joining the Oslo mob. Arguing that things looked different from the Prime Minister’s Office, Sharon adopted the left’s policy of mass expulsions of law-abiding Israeli citizens from their homes in Gaza. True, Sharon was reelected in a landslide in 2003 by running against the left’s expulsions platform. But he didn’t care. He expelled 10,000 Israelis from their homes in 2005, and 18 months later, as he had previously warned would happen, Hamas seized control of Gaza. The media swooned.

Benjamin Netanyahu preferred to ignore Oslo in the hopes that it would wither on the vine and disappear in the face of the success of the diplomatic alternative he built on the basis of Israel’s strength. Despite the wild success of his efforts, Oslo survived the sovereignty plan and the Abraham Accords, and of course, Netanyahu’s tenure in office. And now it is roaring back.

This is the heart of the matter. Oslo has survived despite the fact that it has been a catastrophe for Israel on every level for 28 years because Israel’s permanent ruling class supports it.

In the early years of Oslo, I was a witness to the process that brought Israel’s diplomatic and military leaders, along with the senior civil service, to put reality aside and embrace Oslo’s illusion of peace. During Oslo’s heyday, from 1994-1996, as an IDF captain in the Defense Ministry, I served as a core member of Israel’s negotiating team. I sat in the negotiating sessions in Cairo, Taba and Eilat.

The fraud was obvious even then. Every two weeks, I wrote and circulated detailed reports setting out how the Palestinian officials left the negotiating halls each week and ordered their people to breach every promise and pledge they had just made. I documented the fraud, the Oslo lie. And I saw how one by one, commanders and senior officials who understood the danger and knew the truth embraced the “new narrative” while ignoring the facts in most cases.

We won’t be able to bury Oslo at the ballot box—although winning elections is a precondition for burying it. Oslo will only be finally laid to rest when we compel Israel’s permanent ruling class to abandon it in favor of Zionism—and the truth. 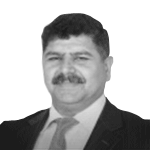