And yet they operate unmolested.

Two leading anti-Trump resistance groups, Refuse Fascism and the Workers World Party, are siding with the gulag-filled Stalinist hermit state of North Korea that has threatened to incinerate the American homeland with nuclear weapons, evidence suggests.

Both of these extreme-left organizations have organized demonstrations against the Trump administration that have turned violent, including those around Inauguration Day. Both groups are also part of the violent “Antifa” coalition of leftist groups that portray themselves as anti-fascist but embrace fascistic tactics like beating up political adversaries to intimidate them into silence.

Both groups are also spouting pro-North Korean propaganda talking points, and in at least one case, copying and pasting official North Korean statements into communiques.

Last month, masked Antifa thugs in Berkeley, California, called for the destruction of the United States. “No Trump, no wall, no USA at all“! The large gathering of black bloc-attired protesters chanted at a conservative “No to Marxism” rally. The same weekend Antifa worked with San Francisco officials to prevent the innocuous conservative group Patriot Prayer from holding a small rally at a federal park. As this writer previously observed, thanks to Antifa, the Left now has the power to dictate what is and is not acceptable speech in California and many parts of the country.

Leaders of Refuse Fascism indicated at a recent conference that the group hopes to deprive U.S. leaders of “international legitimacy” as a means of driving President Trump from office, an objective that would no doubt please North Korea.

Refuse Fascism has announced plans to try to overthrow the U.S. government through occupations and crippling strikes. The Trump-resistance organization plans to organize demonstrations in urban centers across the nation later this year, according to Politico.

Leftist currency speculator George Soros has ties to “Refuse Fascism“. (Καταλάβατε); He funds the Alliance for Global Justice (AfGJ), a group that took in donations on behalf of the Occupy Wall Street movement. The AfGJ now serves as a fiscal sponsor for Refuse Fascism, accepting donations on behalf of unincorporated or small groups and deducting a modest administrative fee so that donors can deduct the donations from their taxes.

Soros’s friends in the Democracy Alliance, a donors’ collaborative of wealthy left-wing one-percenters, may also be funding Trump-resistance groups like Refuse Fascism.

Refuse Fascism has characterized the situation between the U.S. and North Korea as “the largest military power in the world bullying a small, isolated country and terrorizing the people of that entire region.”

The month before, the group accused the U.S. of acting based on a “playbook of demonization” against dictator Kim Jong-un. Sounding like the seditious peaceniks of the pro-Soviet unilateral disarmament movement in the U.S. and the U.K. in the 1980s, Refuse Fascism appealed to Americans to forget about their country’s interests and “act in the interests of humanity instead.”

“Stop thinking like an American,” the group said. “Start thinking about humanity”.

Refuse Fascism asked Americans to resist what it called the U.S. media’s “lies and distortion” that put the DPRK — the most oppressive, totalitarian state in the world — in a negative light.

“No, we should not be comfortable with the disgusting media frenzy, full of lies and distortion, that marches us toward not just another invasion of a small country but a nuclear attack that can wipe out millions of people in one day and threaten the future of life on earth,” the group said.

The WWP has organized many of the anti-Trump demonstrations, including the violent “DisruptJ20” protests in the nation’s capital that sought to prevent Donald Trump from being sworn in as president. The communist group also organized many other demonstrations that have taken place in the United States since the election last November and was featured prominently in the documentary, America Under Siege: Civil War 2017. (I am an executive producer of the film series.)

WWP’s magazine, Workers World, ran an editorial with the headline “Korea won’t be intimidated.” The editorial posited that the U.S., not North Korea, is the obstacle to peace on the Korean Peninsula, and cribbed nine paragraphs’ worth of direct quotations from the North Korean regime. Less than a week later, the magazine ran an editorial, “Self-defense and the DPRK” that portrayed the United States as “oppressor” of North Korea.

Both Refuse Fascism and Workers World Party operatives attended the misnamed “Unite the Right” rally in Charlottesville, Virginia, at which an alleged neo-Nazi murdered a counter-protester and injured others by driving his car into a crowd. At the abortive rally, Antifa supporters physically assaulted reporters and others and set off on a statue-toppling spree targeting monuments commemorating Confederate figures from the Civil War.

Among WWP’s stated objectives are giving birth to a worldwide socialist revolution and “the shutdown of the Pentagon and the use of the war budget” — meaning the resources of the Department of Defense — “to improve the lives of the working class and especially the oppressed peoples.”

Founded in 1959, the WWP “is one of the most hardcore Marxist organizations of any consequence in the U.S.” according to Trevor Loudon’s online encyclopedia of politics, KeyWiki. The party incorporates elements of Stalin, Mao, and Trotsky into its revolutionary philosophy.

The party’s first secretary, Larry Holmes, led an official delegation to North Korea in July 2013 to celebrate the 60th anniversary of the armistice that provisionally ended hostilities in the Korean War. At the time he acknowledged the WWP has “been developing a relationship with the DPRK for more than 40 years.”

“The purpose of our trip was simple — it was an important occasion for the DPRK and an opportune time to reaffirm our unwavering solidarity with them,” he said.

Holmes had no problem parroting the North Koreans’ lies about their monstrous utopian experiment. “The level of society, the cultural level, what they put into making sure that everyone is healthy, that everybody is fed, that the children have schools, that every generation is taken care of, whether in Pyongyang or outside the city, is just incredible.”

Anyone who up till now doubted Antifa was a seditious, anti-American movement, may now shed all doubt.

But there are still Democrats and left-wingers who romanticize Antifa because its hooded thugs supposedly stood up to neo-Nazis in Charlottesville. And some prominent Democrats are actually part of Antifa. For example, Refuse Fascism lists Ivy League academic and DNC platform member Cornel West as one of its “initiators.”

Many Democrats who aren’t part of Antifa aren’t exactly strangers to its goals and tactics.

Remember that the Democratic Party, by way of a DNC resolution supporting Black Lives Matter, officially endorses black-on-white violence and the murder of police officers. Condemning vicious radical left-wing hooligans hurts Democrat office-holders’ reelection chances as they risk being ridiculed by Michael Moore and others for being soft on “fascism.”

President Obama allowed Occupy Wall Street and Black Lives Matter to run wild in recent years. Obama even rewarded riot-inciters and those who support killing police by hosting them at the White House. Instead of protecting citizens and their property, some politicians even admit pro-rioting policies openly, as when then-Baltimore Mayor Stephanie Rawlings-Blake (D), at the time a DNC executive, acknowledged in 2015 that authorities “gave those who wished to destroy space to do that.”

Don’t expect Democrats, or the handful of Republicans like Paul Ryan, who have endorsed Antifa to abandon the movement anytime soon no matter how rabid its support for North Korea becomes. 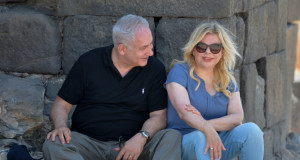