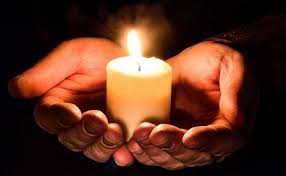 More than 100,000 religious Jews had gathered to mark the holiday at the gravesite of Rabbi Shimon Bar Yochai as part of an annual tradition.

April 29, 2021
(April 29, 2021 / JNS) Dozens of Israelis have been reported killed and injured in an apparent stampede during Lag B’Omer commemorations in Meron, in what is being called one of the largest peacetime disasters in the nation’s history.

According to Magen David Adom, at least 38 people have been killed and 65 injured, including six in critical condition, 18 injured severely, two moderately and 39 lightly injured.

“MDA is fighting for the lives of dozens wounded, and will not give up until the last victim is evacuated,” it said.

“We just finished treating one of Israel’s worst disasters. A terrible disaster of people who came to celebrate Lag B’Omer and were unfortunately crushed to death,” said United Hatzalah vice president of operations Dov Maisel.

“This was a very difficult site—sites that we have not seen here in Israel since the worst days of the terrorist wave back during the early 2000s,” he said.

VICE PRESIDENT OF OPERATION DOV MAISEL SPEAKS ABOUT THE TRAGIC INCIDENT AT MERON AND THE WORK OF THE UH TEAM THERE. PIC.TWITTER.COM/XK7PESL6ZS

The incident occurred as thousands of religious Jews were pushing each other down a crowded corridor and staircase. Victims were crushed under streaming crowds as emergency workers struggled to reach the scene. Many of the injured were evacuated to hospitals across the country.

The cause of the stampede was not immediately clear.

More than 100,000 worshippers had gathered at the foot of Mount Meron in northern Israel as they do annually to mark the holiday, gathering to visit the gravesite of Rabbi Shimon Bar Yochai and study texts. Bonfires are part of the tradition there and throughout the country.

Israeli officials had expressed concern about possible overcrowding at the site after last year’s festivities were canceled due to the coronavirus pandemic.

“A serious disaster on Mount Meron,” said Israeli Prime Minister Benjamin Netanyahu. “We are all praying for the recovery of the injured. I ask to strengthen the rescue forces operating in the area.”

Similarly, Israeli President Reuven Rivlin said he is following reports from Meron with “great anxiety” and praying for the wounded.

This is a developing story.

Apr 30, 2021
“I would like to declare Sunday as a day of national mourning. Let us all join in the grief of the families and pray for the wellbeing of the injured,” the Israeli prime minister stated.

By United with Israel Staff

Forty-five people died in the stampede Thursday night, where hundreds of thousands were celebrating the Jewish holiday of Lag b’Omer. Dozens more were injured, some critically.

“The Mt. Meron disaster is one of the worst disasters to hit the State of Israel. We grieve for the victims. Our hearts are with the families and with the wounded to whom we wish a full recovery,” the prime minister said.

“There were heartbreaking scenes here. People were crushed to death, including children. Many of the victims have still not been identified and I would like to avoid the dissemination of rumors on social media because this breaks the families’ hearts. Let the authorities work.

“I must also point out that there was quick rescue work here by the police, the rescue and security forces, and we are profoundly grateful to them; they prevented a far worse disaster.

“We will carry out a thorough, serious and in-depth investigation in order to ensure that such a disaster does not recur.

“I would like to declare Sunday as a day of national mourning. Let us all join in the grief of the families and pray for the wellbeing of the injured.”

President Rivlin: A Time ‘to Weep Together’

Meanwhile, the office of President Reuven Rivlin issued a call to anyone looking for lost relatives to be in touch with his office either by calling or on social media. “We will make every effort to find them, working with the relevant authorities,” the message said.

This is a terrible, painful day. A heartbreaking tragedy. Our prayers and thoughts are with those injured and with the families of those killed and missing in the awful tragedy at Har Meron last night,” Rivlin said.

“I send my heartfelt thanks to those working without a break since last night to rescue and give medical treatment. This is the time to embrace the families to help all those looking for their loved ones to take those injured to our hearts. To weep together.”

Outside the President’s Residence, a table has been placed with a memorial candle for each of the victims, which the president lit.

SOFIA — The Russian envoy has been summoned to the Bulgarian Foreign Ministry after the authorities launched an investigation into six citizens of Russia suspected of involvement in a series of blasts at four weapons and armament facilities in Bulgaria between 2011 and 2020.

“From the evidence gathered so far, it can be concluded with a high degree of reliability that the purpose of the actions of the Russian citizens was to cut off the supply of special products to Georgia and Ukraine,” a spokeswoman for the Prosecutor-General’s Office, Siika Mileva, said on April 28.

She also said that there was a “reasonable assumption” that these incidents are connected to the near-fatal poisoning of Bulgarian arms dealer Emilian Gebrev in 2015 and an explosion at a Czech arms depot in 2014.

“A reasonable assumption can be made about the relationship between the explosions on the territory of the Republic of Bulgaria, the poisoning of three Bulgarian citizens, and serious crimes committed on the territory of a foreign country,” the spokeswoman said.

Following Mileva’s announcement at a press conference, the Bulgarian Foreign Ministry invited the Russian ambassador to the Balkan country to come to the ministry on April 29.

The Czech Republic earlier this month accused Russian GRU military intelligence of being behind an October 2014 explosion in the town of Vrbetice that set off 50 metric tons of stored ammunition and killed two people.

The Czech government later announced the expulsion of 18 Russian diplomats it considered to be spies, setting off a string of tit-for-tat moves between Prague and Moscow.

In solidarity, several NATO and EU members have followed by expelling Russian diplomats for alleged spying as well.

Russia has denied any involvement in the incidents in Bulgaria and the Czech Republic.

“Either the Bulgarian side knew nothing about this for the past 10 years and only now, after the Czech Republic announced the 2014 incident, decided to outshine the Czechs and look further back into history, or they knew about it for all this time but did not make it public for some reason,” Russian Foreign Minister Sergei Lavrov told reporters on April 28.

During her press conference, which was also attended by Prosecutor-General Ivan Geshev and the chairman of the State Agency for National Security (SANS), Dimitar Georgiev, Mileva said that “similarities” had been observed in the blasts that rocked the four warehouses and production facilities in Bulgaria.

In all four cases, in which no casualties were reported, the blasts were preceded by a fire while explosive devices were triggered remotely.

“In none of those cases has been identified any specific technical malfunction or any other cause of the fires. In all of the four cases, the destroyed goods were intended to be exported to Georgia and Ukraine.”

In a statement, Gebrev’s company, EMCO, denied that products destroyed in a November 2011 blast at its warehouse in Lovnodil were “intended for export anywhere, including Georgia.”

“What has the Bulgarian prosecutor’s office been doing all these years while investigating the explosions? Why is it trying to wash its hands with EMCO again, instead of looking for the real causes and culprits for these terrorist acts?” it asked.

Moscow recognized Georgia’s breakaway regions of Abkhazia and South Ossetia as independent states after Russia and Georgia fought a brief war in August 2008 over the territory.

In eastern Ukraine, Russia backs separatists in a conflict that has killed more than 13,000 people since April 2014.

According to Mileva, three Russians who are being sought over the murder attempt against Gebrev and two other Bulgarian citizens were “most likely” GRU agents.

The spokeswoman also said that the investigation had established that at least six Russians “identified as, or are believed to be GRU agents” were residing in Bulgaria around the dates of the blasts and the poisonings.