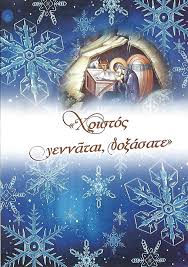 Publicly filed court documents, including a 16-count indictment unsealed today in Brooklyn, charge five Russian nationals – including a suspected Federal Security Service (FSB) officer – and two U.S. nationals with conspiracy and other charges related to a global procurement and money laundering scheme on behalf of the Russian government in which the defendants allegedly conspired to obtain military-grade and dual-use technologies from U.S. companies for Russia’s defense sector, and to smuggle sniper rifle ammunition, in violation of new U.S. sanctions imposed earlier this year.

Yevgeniy Grinin, 44, of Moscow; Aleksey Ippolitov, 57, of Moscow; Boris Livshits, 52, of St. Petersburg; Svetlana Skvortsova, 41, of Moscow; Vadim Konoshchenok, 48, of St. Petersburg; Alexey Brayman, 35, of New Hampshire; and Vadim Yermolenko, 41, of New Jersey, are charged with conspiracy to defraud the United States as to the enforcement of export controls and economic sanctions; conspiracy to violate the Export Control Reform Act (ECRA); smuggling; and failure to comply with the Automated Export System relating to the transportation of electronics.

According to the indictment, the defendants unlawfully purchased and exported highly sensitive and heavily regulated electronic components, some of which can be used in the development of nuclear and hypersonic weapons, quantum computing and other military applications.

“The Department of Justice and our international partners will not tolerate criminal schemes to bolster the Russian military’s war efforts,” said Attorney General Merrick B. Garland. “With three of the defendants now in custody, we have disrupted the procurement network allegedly used by the defendants and Russian intelligence services to smuggle sniper rifle ammunition and sensitive electronic components into Russia. The Justice Department will continue to vigorously enforce our economic sanctions and export controls against those who enable the Russian government to continue its unjust war in Ukraine. I am grateful for the tireless efforts of the Department’s Task Force KleptoCapture, the National Security Division, the Office of International Affairs, the U.S. Attorney’s Office for the Eastern District of New York, and the FBI on this case.”

“Today the Department of Justice proves once again that we will relentlessly pursue those who support the Russian war machine by evading sanctions and export controls,” said Deputy Attorney General Lisa O. Monaco. “By exposing the defendants’ smuggling of ammunition and transfer of sensitive U.S. technologies – from quantum computing to hypersonic weapons development – the Department of Justice is holding accountable those who are fueling Russia’s unlawful and unprovoked aggression in Ukraine.”

“The FBI’s work, with our partners, to identify and stop illegal transfers of weapons and dual use-technology to Russia shows that we can and will reach around the world to keep Americans safe,” said FBI Director Christopher Wray. “The industries that these illegal transfers could support – quantum computing, hypersonic weapons – pose great danger in the hands of our adversaries. The FBI will remain relentless against illegal transfers that support such industries in hostile nations, while we also continue to focus on protecting strategic technology innovation here at home.”

“This indictment demonstrates the relentless efforts of the FBI and its partners to thwart Russian procurement actors in their attempts to reconstitute the Russian military’s weapons cache,” said FBI Deputy Director Paul Abbate. “The FBI, along with its U.S. and international partners, remains committed to disrupting and dismantling these networks, regardless of where they are.”

As alleged, the defendants were affiliated with Serniya Engineering and Sertal LLC, Moscow-based companies that operate under the direction of Russian intelligence services to procure advanced electronics and sophisticated testing equipment for Russia’s military industrial complex and research and development sector. Serniya and Sertal operated a vast network of shell companies and bank accounts throughout the world, including in the United States, that were used in furtherance of the scheme to conceal the involvement of the Russian government and the true identity(s) of Russian end users of U.S.-origin equipment.

Following Russia’s invasion of Ukraine in February 2022, the U.S. Department of the Treasury’s Office of Foreign Assets Control (OFAC) and the Department of Commerce (DOC) Bureau of Industry and Security (BIS) levied sanctions against Serniya, Sertal, and several companies used in the scheme, as well as multiple individuals affiliated with the network, including defendant Yevgeniy Grinin, calling them “instrumental to the Russian Federation’s war machine.”

“As alleged, the defendants perpetrated a sophisticated procurement network that illegally obtained sensitive U.S. technology to facilitate the Russian war machine,” said U.S. Attorney Breon Peace for the Eastern District of New York. “Our office will not rest in its vigorous pursuit of those who unlawfully procure U.S. technology to be used in furtherance of Russia’s brutal, continued attacks on democracy.”

“From the outset of the Task Force, robust enforcement of U.S. export controls and restrictions on the transfer of sensitive technology has been a key strategic priority,” said Task Force KleptoCapture Director Andrew C. Adams. “Today’s indictment demonstrates the reach of those controls and the United States’ commitment to choking off access to military grade equipment by the Russian regime. We will continue the steady pace of seizures, indictments and arrests, while the Kremlin shopping for spare parts in North Korea.”

As alleged in the indictment, Ippolitov received requests from Russian end users and relayed them to Grinin and Skvortsova, who were both employees of Sertal. Grinin and Skvortsova secured funding and shipping routes for the transactions, and tasked Livshits with procuring the items from U.S. companies. Livshits, a former resident of Brooklyn, New York, opened and controlled a variety of shell companies and associated bank accounts in the New York City area, which he used to route shipments and layer financial transactions in furtherance of the scheme, including in coordination with Konoshchenok, Brayman and Yermolenko.

Konoshchenok – who is suspected to be an FSB officer – would ship or physically smuggle U.S.-origin items from Estonia to Russia, including dual-use electronics, military-grade tactical ammunition and other export-controlled items. As alleged in the indictment, on Oct. 27, 2022, Konoshchenok was stopped at the Estonian border with 35 different types of semiconductors and other electronic components ordered by Livshits, as well as thousands of U.S.-made 6.5mm bullets, which are used in military sniper rifles. On Nov. 24, 2022, Konoshchenok was again stopped attempting to cross into Russia with approximately 20 cases containing thousands of U.S.-origin bullets, including tactical rounds and .338 military sniper rounds. Konoshchenok discussed “fabricating” business records with Livshits to conceal the ammunition shipments, on one occasion describing them as “auto parts.” Incident to Konoshchenok’s arrest, Estonian authorities searched a warehouse held in the name of Konoshchenok’s son and recovered approximately 375 pounds worth of ammunition.

Based in the United States, Brayman and Yermolenko would fabricate shipping documents and invoices, repackaging and reshipping items to intermediate destinations around the world â€” including to Konoshchenok in Estonia â€” before eventually arriving in Russia. Yermolenko and Brayman also helped Livshits set up and manage dozens of shell companies and corresponding bank accounts throughout the U.S. that were used in the scheme.

Livshits also interfaced directly with U.S. companies – often using the alias “David Wetzky” – and made materially false statements about how the items would be used and the ultimate end user. He also fabricated shipping documents and invoices and repackaged and reshipped items to intermediate destinations around the world before eventually arriving in Russia.

“The powerful export controls we’ve put in place have been successful in isolating Russia from the global economy,” stated Assistant Secretary of Commerce for Export Enforcement Matthew S. Axelrod. “Today’s actions demonstrate our vigilance in uncovering Russian tactics to illicitly acquire the items they need to keep their brutal war going.”

Grinin, Ippolitov, Livshits and Skvortsova are further charged with conspiracy to violate the International Emergency Economic Powers Act (IEEPA); wire fraud; and money laundering. Grinin, Ippolitov, Livshits, Skvortsova, Brayman and Yermolenko are further charged with bank fraud conspiracy, wire fraud conspiracy and money laundering conspiracy. Today, Brayman surrendered to the FBI and Yermolenko was arrested in New Jersey. Brayman will be arraigned in New Hampshire and Yermolenko will be arraigned in the Eastern District of New York. Konoshchenok was arrested separately by Estonian authorities on Dec. 6 at the request of the United States and is now pending extradition. The remaining defendants are at large.

If convicted of bank fraud or bank fraud conspiracy, the defendants face a maximum of 30 years in prison. A federal district court judge will determine any sentence after considering the U.S. Sentencing Guidelines and other statutory factors.

The FBI investigated the case.

Assistant U.S. Attorneys Artie McConnell and Craig R. Heeren for the Eastern District of New York and Trial Attorney Scott A. Claffee of the National Security Division’s Counterintelligence and Export Control Section are prosecuting the case with assistance from Litigation Analyst Ben Richmond. The Justice Department’s Office of International Affairs provided valuable assistance. The United States wishes to thank the Estonian Internal Security Service and the Prosecutor’s Office for their support.

The investigation was coordinated through the Justice Department’s Task Force KleptoCapture, an interagency law enforcement task force dedicated to enforcing the sweeping sanctions, export controls, and economic countermeasures that the United States, along with its foreign allies and partners, has imposed in response to Russia’s unprovoked military invasion of Ukraine. Announced by the Attorney General on March 2 and under the leadership of the Office of the Deputy Attorney General, the task force will continue to leverage all of the Department’s tools and authorities to combat efforts to evade or undermine the collective actions taken by the U.S. government in response to Russian military aggression.

An indictment is merely an allegation, and all defendants are presumed innocent until proven guilty beyond a reasonable doubt in a court of law. 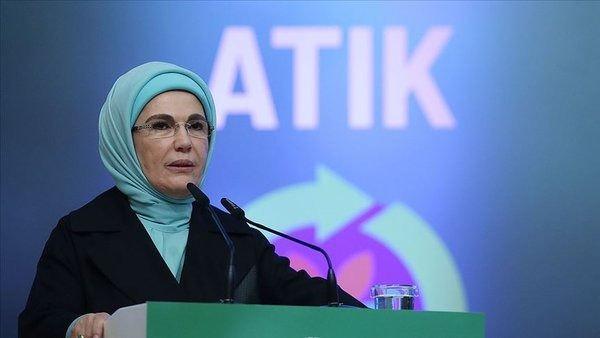 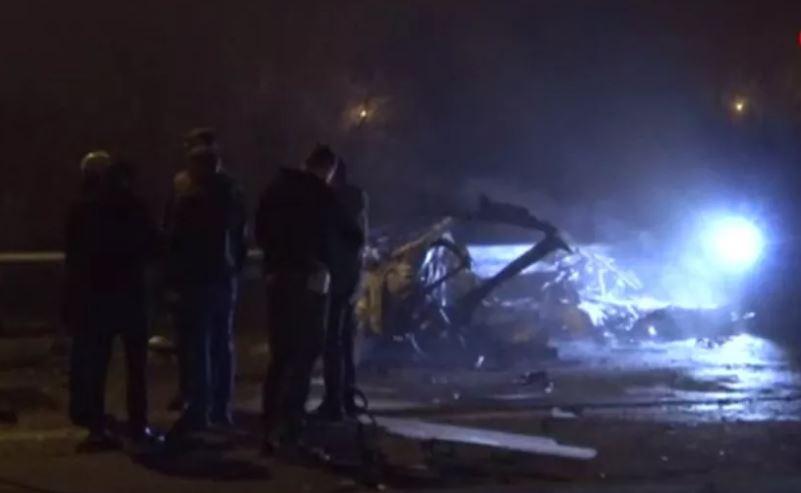 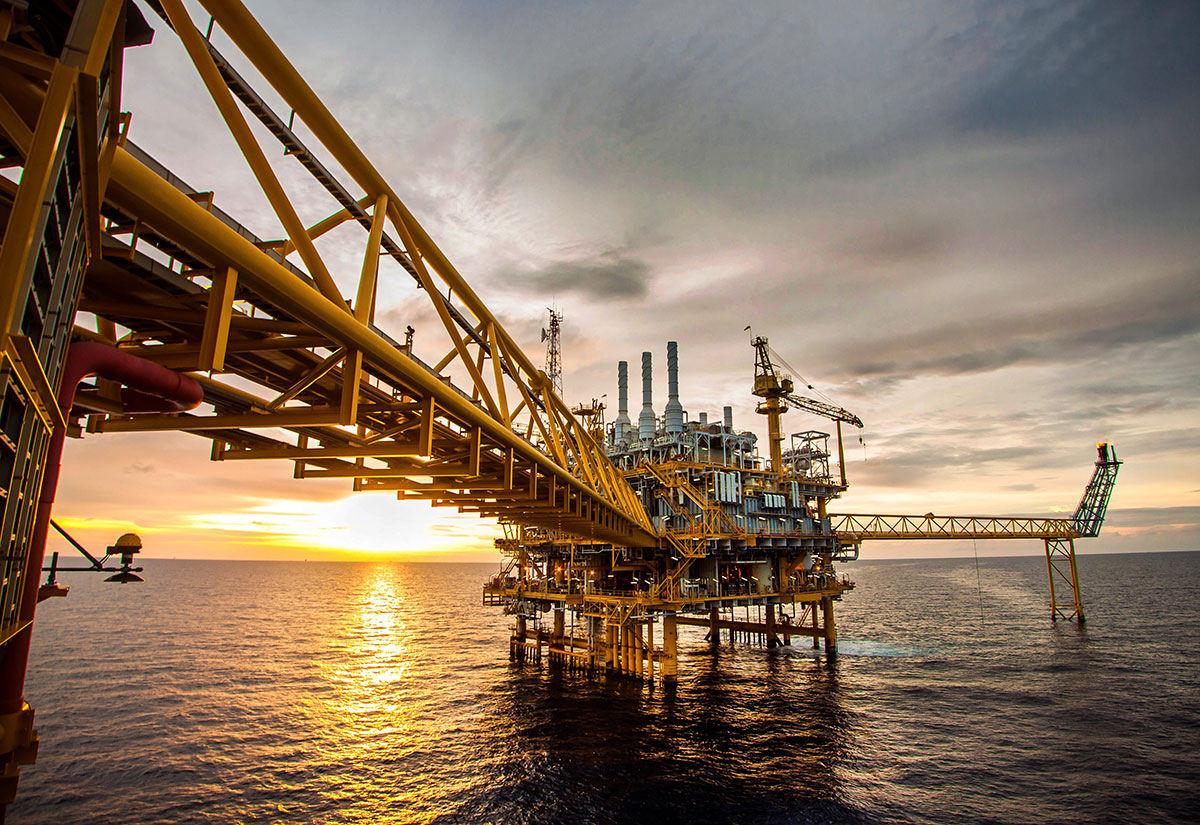 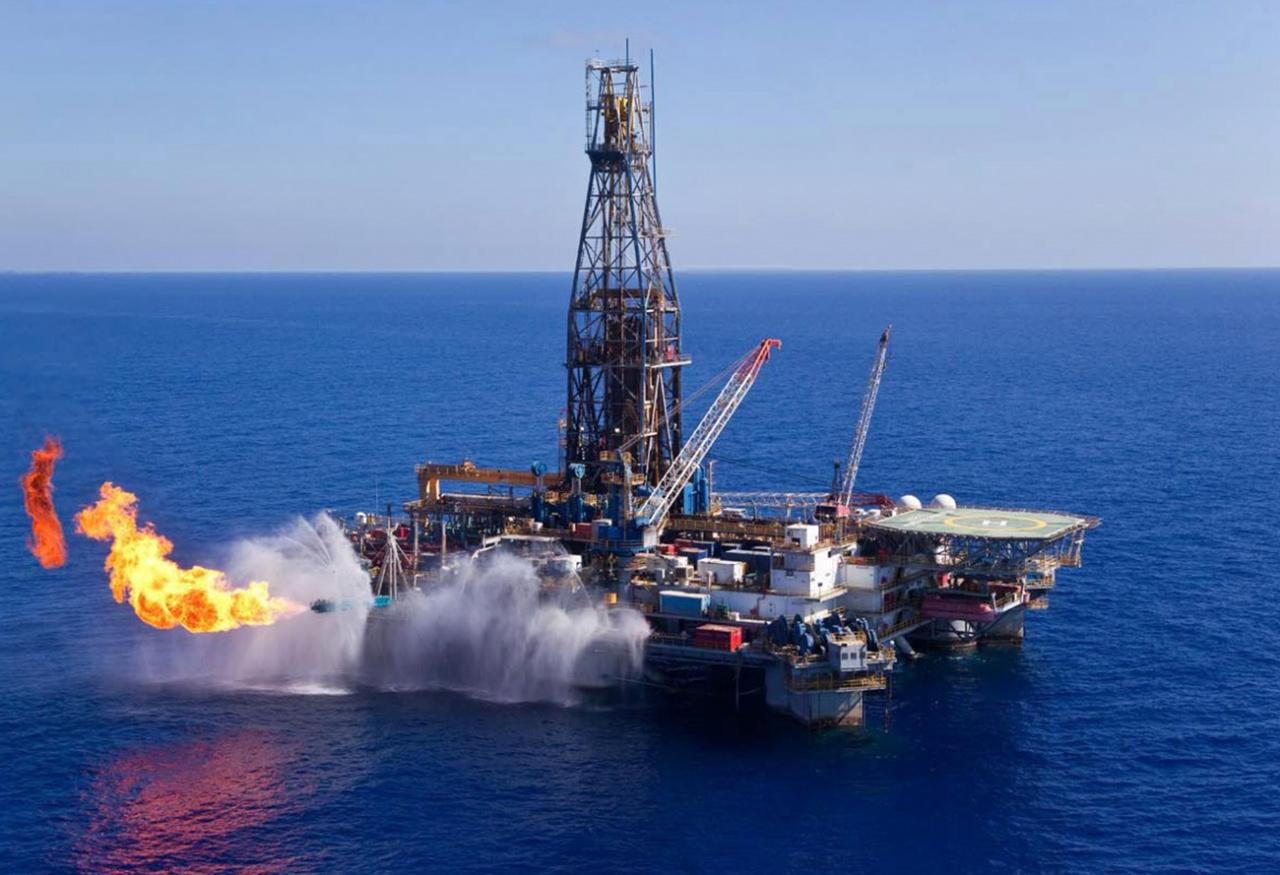 Welcomed by the NCI Agency General Manager, Mr. Ludwig Decamps, and the Chief of Staff, Major General Hans Folmer, the Military Committee received briefings on NCI Agency’s latest projects. “The speed of technological change has never been higher, and delivery for today must be adaptable to ensure success for tomorrow. Thus, it is crucial that NATO’s armed forces are able to communicate at the speed of relevance. The NCI Agency is able to provide this support due to the continued commitment and partnership with the Military Committee, Military Representatives and Nations who fill key military positions in the Agency. Together we are maintaining NATO’s technological edge,” said the General Manager of the NCI Agency Mr. Decamps.

During his opening remarks, the Chair of the Military Committee stated, “The NCI Agency is a strategic asset for the Alliance. With digital transformation being at the heart of tomorrow’s warfare, NCI Agency experts are critical to NATO and ensuring it can fulfil its core tasks of deterrence and defence; crisis prevention and management; and cooperative security”.

The NCI Agency is assisting with the execution of the Concept for the Deterrence and Defence of the Euro-Atlantic Area and the NATO Warfighting Capstone Concept, the two key military strategies ensuring the Alliance is ready not only for today, but tomorrow’s challenges. The concepts place greater importance on interoperability, accelerated decision-making, and cross and multi domain operations. These areas are all enabled and underpinned by technological solutions. Admiral Bauer stressed during the visit, “The warfare of tomorrow will be a fusion of modern and traditional warfighting. It will be as much about mud and blood as it will be about bits, bytes, and bots. The Alliance needs to be ready to counter it all, while maintaining a decisive military advantage.”

The NCI Agency supports NATO by providing the systems, services and expertise to ensure that the Alliance can work together to safeguard peace and security for nearly 1 billion citizens. Amongst other things, it defends NATO networks 24/7, provides critical technology for air command and control and ballistic missile defence, and helps NATO explore emerging technologies like Artificial Intelligence and Space innovation. 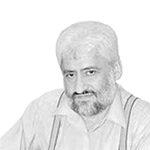 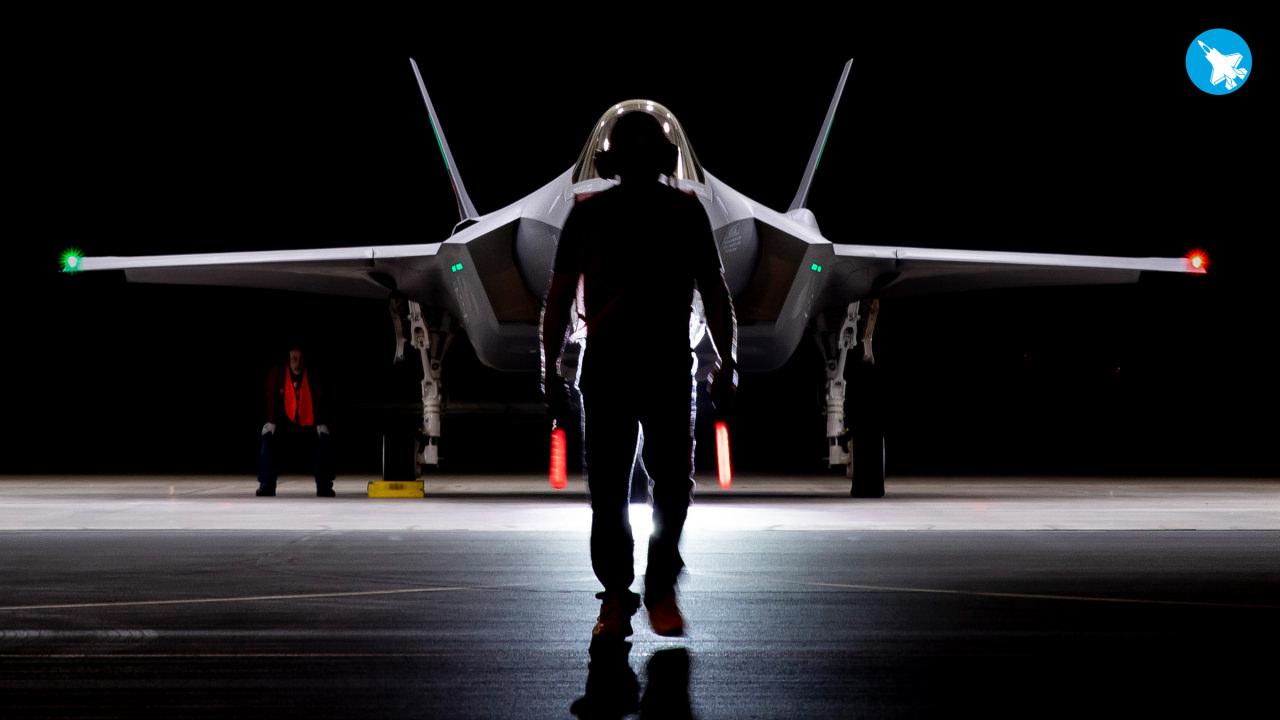 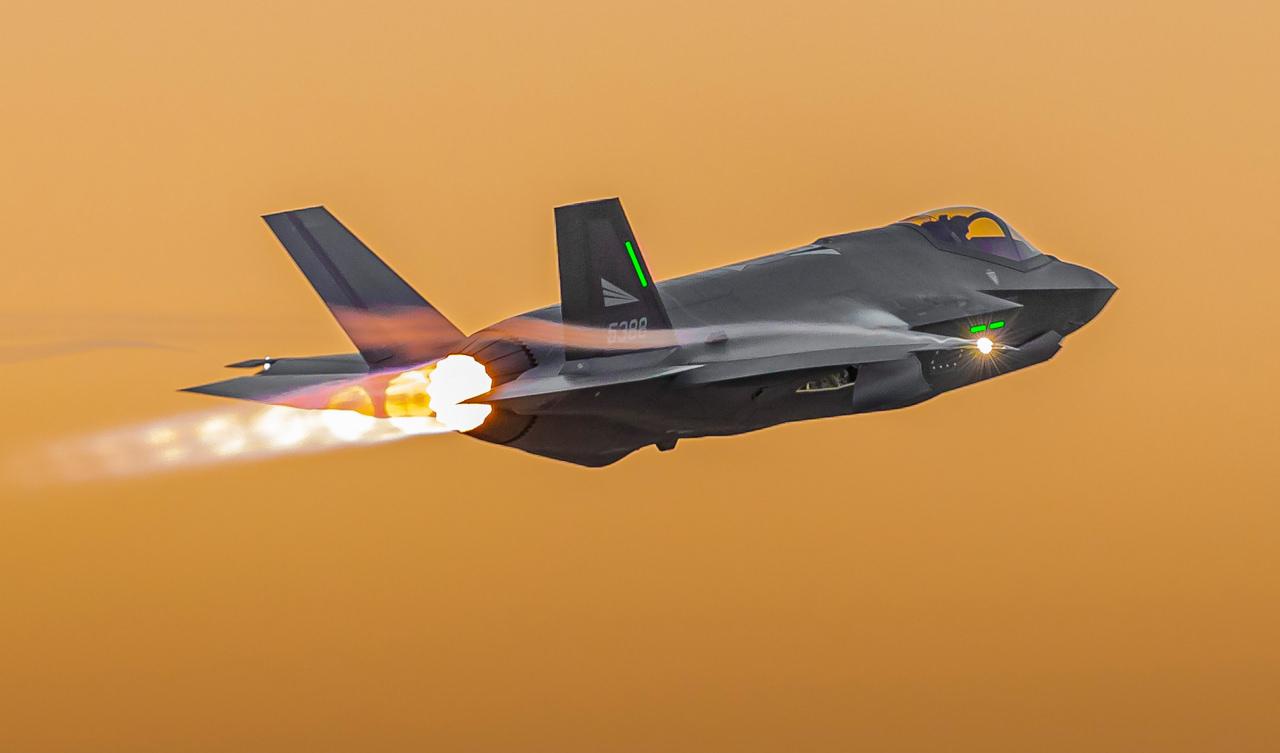 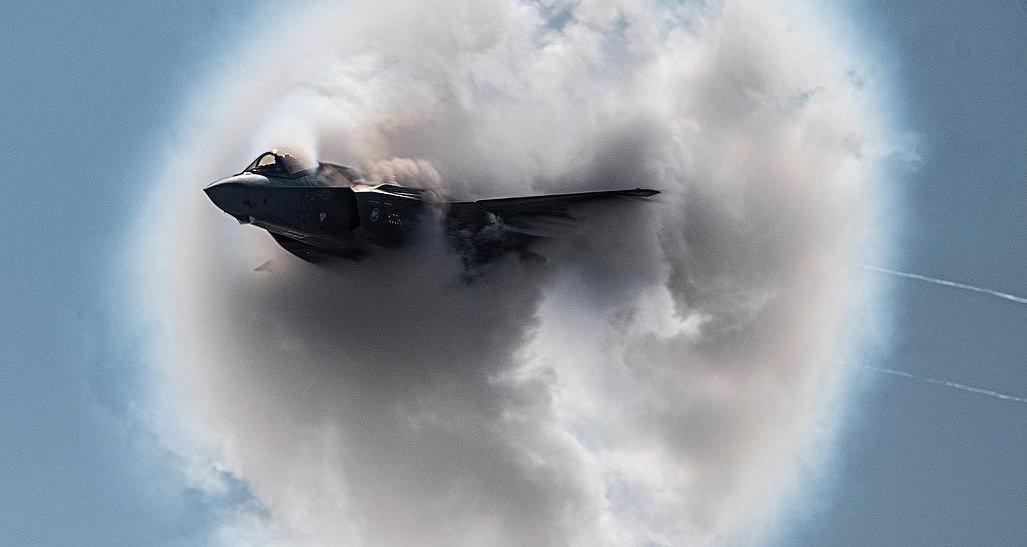 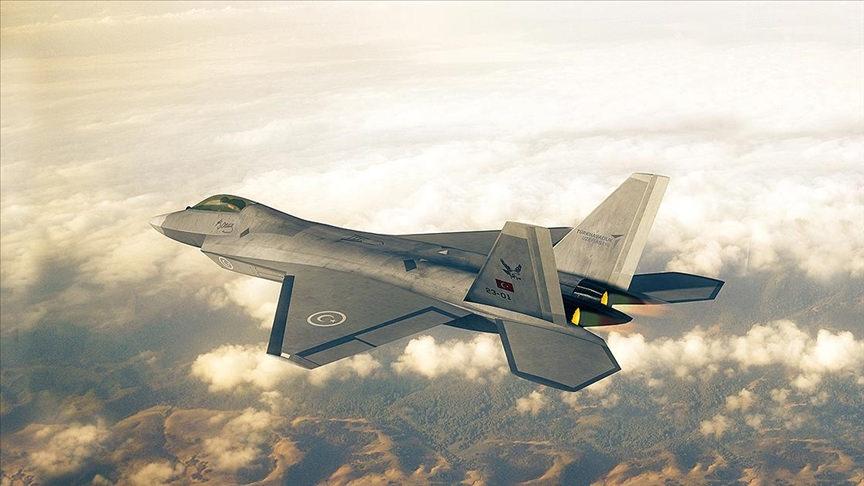 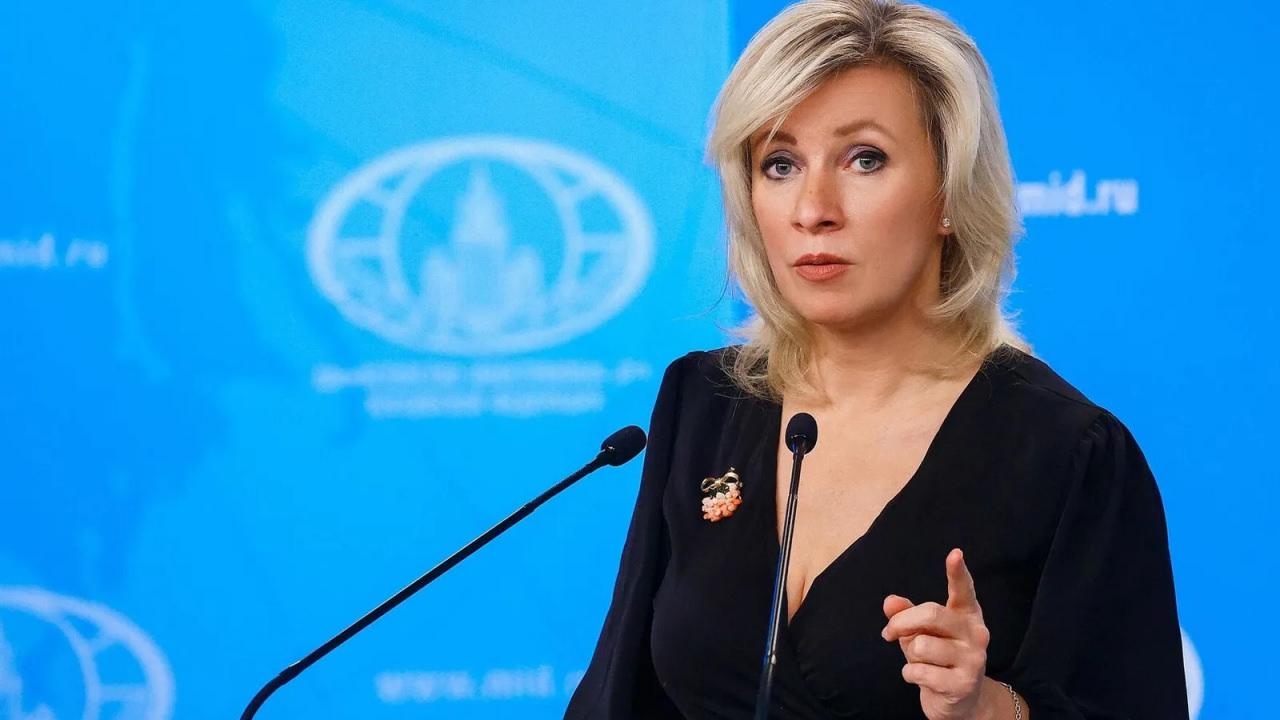 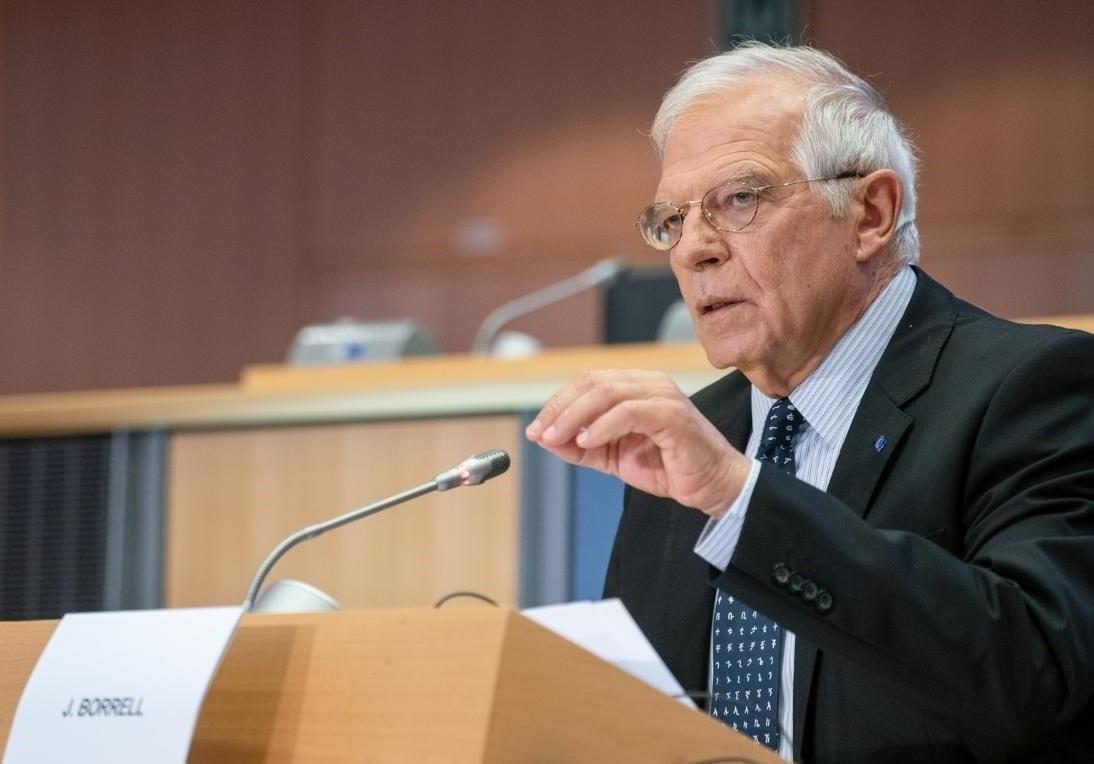 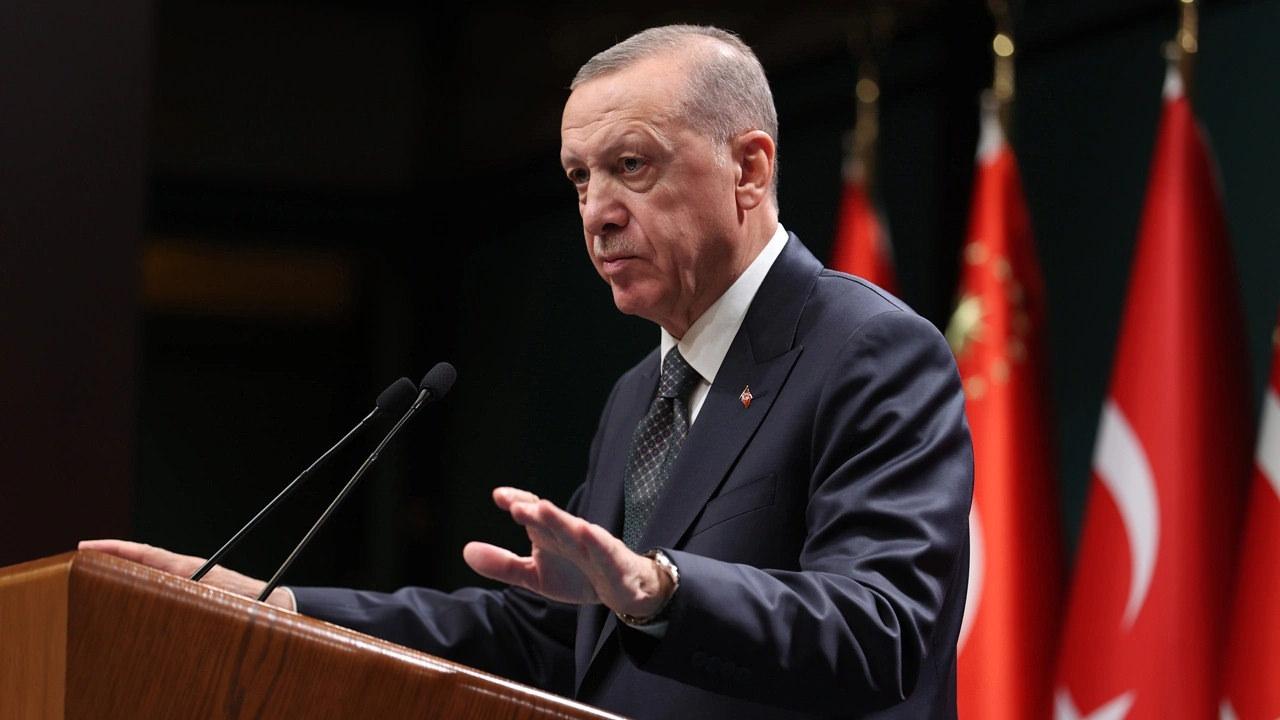 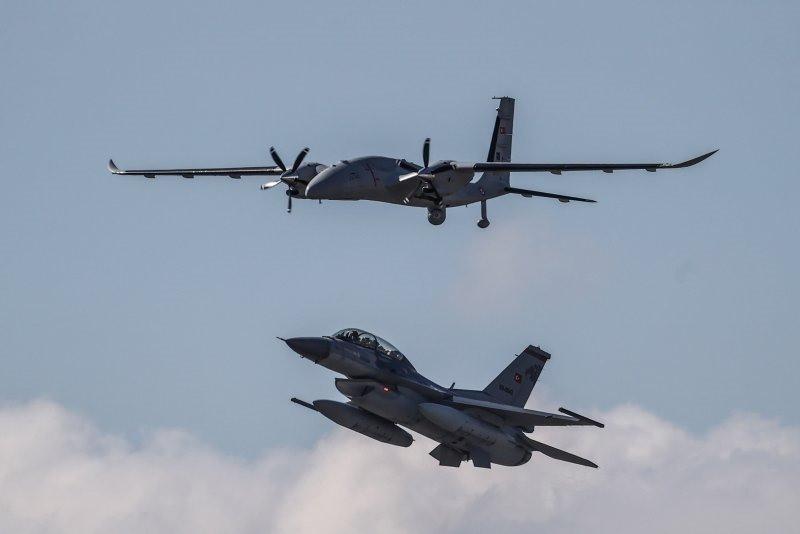 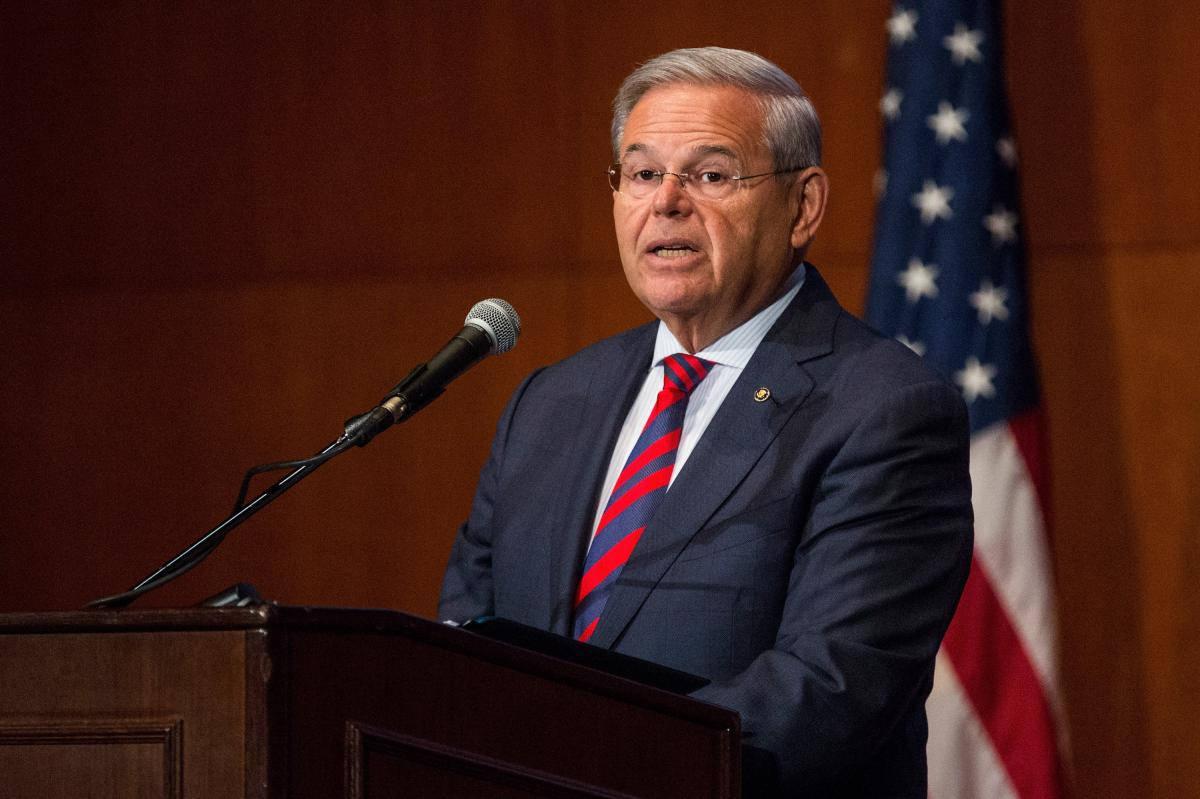