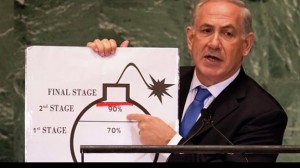 Throughout Israel’s existence we could only yearn for the results we have now.

Prime Minister (PM) Benjamin Netanyahu was recently summoned to a special session of Israel’s Knesset “State Control Committee“ on the functioning of the Foreign Ministry and Israel’s public diplomacy.

Netanyahu, who currently holds the Foreign Minister portfolio in addition to serving as Prime Minister, was criticized for not appointing a full-time Foreign Minister.  He was also questioned about his friend and personal attorney, Isaac Molho, who has served as Netanyahu’s representative on various diplomatic missions.

The “State Control Committee“ discussed with PM Netanyahu the functioning and effectiveness of Israel’s public diplomacy.  Netanyahu responded that he does not intend to hold the post of foreign minister forever, and that he hopes to shed a few government portfolios as soon as possible.

The “State Control Committee“ meeting was held ostensibly to discuss two reports published by the State Comptroller Yosef Shapira, which were meant to expose a list of Israeli failures against the “Boycott, Divestment and Sanctions” (BDS) movement and the general state of Israel’s “public diplomacy“ (“hasbara“ in Hebrew).  Shapira maintained that the absence of a foreign minister damaged the government’s efforts in battling the BDS movement, anti-Semitism, global attempts to delegitimize Israel, and Israel’s public diplomacy abroad.

Netanyahu, not one to be intimidated by the Comptroller or by the opposition’s questions, responded by stating, “I have been dealing with the subject of public diplomacy (hasbara) for 35 years. I think I understand something about it.”  He added, “We always faced challenges.  Israel has endured attacks from its very beginning.”  Hasbara, Netanyahu said, “is not an end unto itself. It is however a way to reach other strategic goals of the state.” He continued, “The question we must ask is whether these goals have been reached or not?” Netanyahu pointed out “There is a way to garner better public opinion by foregoing our goals. The question is how do we advance our international goals, and by what parameters do we measure success or failure.  One can measure it by the volume of trade.”

“While our challenges remain constant, something has turned out for the better” Netanyahu said. “Israel is being perceived increasingly as an asset in the western world.  One of our assets is our assistance in the struggle against international terrorism, and the second is our technological capabilities.  As a “Start-Up” nation, I hold that we must examine first of all, results.”  Netanyahu retorted that he read the Comptroller’s report and that it is missing two words; fire-fighting planes that extinguished numerous fires.

Netanyahu presented a color-coded world map and discussed Israel’s relations with a number of strategic states.

“First of all”, he exclaimed, “there is a huge change.”  He pointed out that Israel is negotiating a free trade agreement with China, the second largest economy in the world.

Israel’s exports to India increased by 30%, and with Japan, Israel has a defense and investment protection agreement. 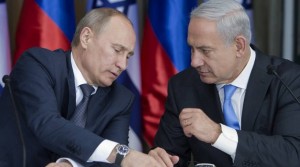 Military coordination between the armed forces of Russia and Israel now exists, following 25 years of resumed diplomatic relations, and for the first time, the Prime Minister of Singapore visited Israel. Netanyahu hailed his recent historical summit in Africa, and the renewal of diplomatic relations with the Republic of Guinea this month after 49 years of broken ties.  Netanyahu added that he expects additional states to follow. He also highlighted the normalization of relations with Turkey.

The PM added that the number of heads of states and foreign ministers visiting Israel has increased.  “Each and every week,” he asserted, “I have four such meetings.”  He said that Israel is forging ahead and bursting into wider space.  “They talk about Israel being isolated, what kind of isolation?” he asked. Throughout Israel’s existence we have yearned for the results we have now.  We have good relations with European states, and even with western European countries.

There are those who claim that our relationship with the U.S. has deteriorated, but when the “Pew Research Center“ survey asked the American public “who do you support – Israel or the Palestinians”, support for Israel was very strong, and support for the Palestinians remained low. Netanyahu added that it is occurring, in spite of disagreements with the U.S. government on Iran. 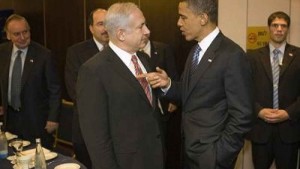 He said that he believed that the new security aid package due to start in 2018 would be signed soon.  The 10 year memorandum of understanding between the U.S. and Israel was signed in 2007.  Israel’s annual “Foreign Military Financing” (FMF), under the current “Memorandum of Understanding” (MoU), is $3.1 billion, which is dispersed in one lump sum at the beginning of each fiscal year. Israel is required to spend all but 26.3 percent of that amount in the US; a caveat it appears, that will not change in the “follow-on” MoU.  The new package deal would grant Israel more leeway, including reprogramming authority over a considerably larger amount of grant aid than that provided by the current agreement.

“The Jewish Telegraphic Agency” (JTA), on July 12, 2016, ran a headline that read “Turkey, Egypt, and eastern Africa: How ‘hard-liner‘ Netanyahu pulled off a diplomacy trifecta.” (A bet in which the person betting forecasts the first three finishers in a race in the correct order). Considering that the Jerusalem Post, in an analysis piece (June 4, 2016) posited that “the Netanyahu-Lieberman alliance could prove to be a watershed moment in Israel’s international isolation.  Rather than countering the diplomatic tsunami Netanyahu fears, bringing Lieberman in is likely to make it more effective.”

The JTA clearly answered the Jerusalem Post’s proposition by pointing out that “conventional wisdom has it that earning the sobriquet ‘the most right-wing government in Israeli history’ does not lead to diplomatic successes. In recent weeks, on the Turkish, Egyptian, and African fronts, Prime Minister Benjamin Netanyahu is proving the conventional wisdom wrong.”

And what about the “BDS” menace?  Netanyahu declared “We are acting against BDS and this is why they are on the defensive. They are taking hits on many fronts. We have beaten them.” The confidence that Netanyahu displayed stems from the anti-BDS legislation passed by a growing number of states including Illinois, New York, Tennessee, South Carolina, Florida, California, Alabama, Iowa, Ohio, Georgia, Colorado, Indiana, Virginia, Arizona and New Jersey. The threat of being boycotted by New York State prompted Commerzbank, Germany’s second-largest bank, to close out an account held by Germany’s BDS campaign. According to Bloomberg, foreign investments in Israel have just about tripled since the pro-Palestinian BDS movement launched its campaign in 2005. The bottom line is that after ten years of campaigning, the BDS movement has had no effect on the Israeli economy.

Perhaps one of the most important achievements that Netanyahu could have taken credit for is the forging of mutual interest, and something akin to an “unwritten alliance” between Israel and its immediate Arab neighbors, including Egypt, Jordan, Saudi Arabia, and the Gulf states.  His outspoken stance on Iran at the U.S. Congress brought that relationship into focus.

While Israel still faces an existential challenge from a nuclear Iran, and about 100,000 missiles in the hands of Hezbollah and thousands more rockets Hamas might potentially fire at Israel, Israel’s military, economic and political advantage has increased immensely.  Israel’s technological superiority is recognized globally, and increasingly appreciated by countries hitherto unfriendly.  Hence the case of the Republic of Guinea.

The elusive peace with Israel’s enemies is still the most heartfelt wish, but, for the time being, it appears that PM Netanyahu was right when he asserted that throughout Israel’s existence, we could only yearned for the results we have now. 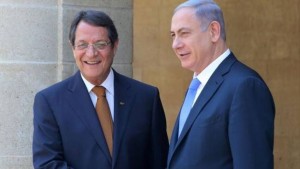 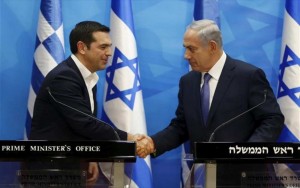