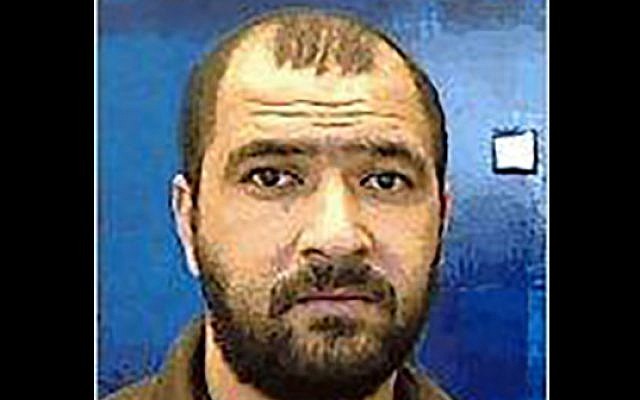 Thaer Shafut, a Jordanian national accused by Israel of being an Iranian spy on June 20, 2019. (Shin Bet)

Israeli forces arrested a Jordanian national acting on behalf of Iranian intelligence to establish a spy network in Israel and the West Bank earlier this year, the Shin Bet security service revealed Thursday.

Jordanian businessman Thaer Shafut, 32, was sent into the West Bank last year “on behalf of Iranian intelligence to carry out missions that were meant to establish a network in Israel and the West Bank, which would be used for covert operations for the Iranians,” the Shin Bet said

According to the security service, Shafut entered Israeli territory in July-August 2018 after receiving instructions from two Arabic-speaking Iranian operatives in Lebanon and Syria, who identified themselves as Abu Sadek and Abu Jaffar. These meetings allegedly continued through 2018 and 2019.

Shafut was told to establish business ties in Israel and the West Bank in order to form a base of operations for Iranian intelligence’s future actions, the Shin Bet said.

He was instructed to “recruit spies who would help collect intelligence for Iranian interests,” the security service said. 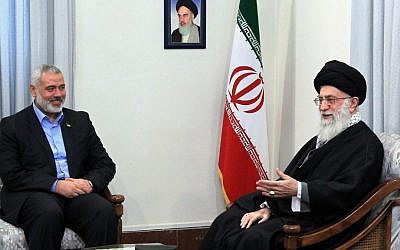 According to the Shin Bet, Shafut was also seen by the Iranians as a means to funnel money to terrorist operatives in the West Bank and Israel. Iran helps fund the operations of the “Palestinian Islamic Jihad” terror group, as well as “Hamas“.

Shafut was arrested in the city of Hebron in April, though this was kept gagged under the military censor until Thursday.

He was indicted on June 10 in a West Bank military court on charges of contacting a foreign agent, contacting an enemy organization and attempting to bring enemy funds into the region.

According to the Shin Bet, Shafut maintained contact with his Iranian operatives using an encrypted communication device.

Upon establishing the basis for the spy network in the West Bank and Israel, the Jordanian national was “expected to travel to Iran in order to complete his training as an agent and to undergo advanced training in spycraft and intelligence,” the security service said.

As part of his efforts to establish business ties with Israelis and Palestinians, Shafut planned to open a factory in Jordan that would employ Shiite Muslims to act as “an anchor for future Iranian activities in Israel and the West Bank,” according to the Shin Bet.

The security service said Shafut’s Iranian operators, Abu Sadek and Abu Jaffar, told him they were prepared to invest up to half a million dollars in these businesses for a start “and with lots more money in the future as necessary in order to establish this base of operations.”

Just before his arrest, Shafut began making contact with people inside the West Bank with the goal of establishing this spy network, the Shin Bet said.

The end of the gag order came hours after an advanced American drone was shot down by an Iranian surface-to-air missile in what the US military says was “an unprovoked attack on a US surveillance asset in international airspace.”

The downing of the drone on Thursday was the latest in a series of escalations between the US and Iran in recent weeks, following US President Donald Trump’s withdrawal from the Iranian nuclear deal last year and more recent actions by the Islamic Republic, including stepping up its enrichment of nuclear materials, as well as attacks on oil facilities and tankers in the Middle East, which the US blames on Iran but which Tehran denies.

All this has raised fears that a miscalculation or further rise in tensions could push the US and Iran into an open conflict, some 40 years after Tehran’s Islamic Revolution.

Agencies contributed to this report. 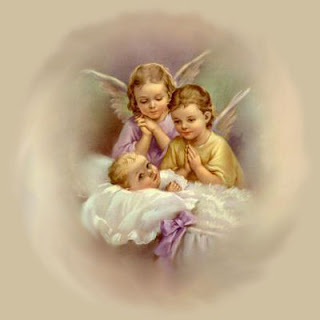